The head of the RCMP in Nova Scotia and the force's chief of human resources say in letters to staff that a doctor who examined new recruits and regular members for more than two decades has been accused of committing "numerous" sexual assaults during medical appointments.

The allegations come after nearly 1,000 women have filed claims in a class-action lawsuit, settled in 2016, that required the Mounties to compensate current and former female employees who were sexually assaulted, harassed or discriminated against at any point after September, 1974, when the force began to recruit women. Many hundreds more claims are expected to be filed before the deadline of Feb. 8.

Among them are claims from women who allege they were assaulted by the unnamed doctor who worked at the RCMP's health-services office in the Halifax suburb of Bedford between October, 1981, and July, 2003. No charges had been laid as of Monday afternoon. The doctor is now retired.

Assistant Commissioner Brian Brennan, the commanding officer of the RCMP in Nova Scotia, says in a letter sent on Friday to all of his staff that he is "at a loss for words" to hear the stories recounted by female members of the force and those who wanted to become Mounties who say they were assaulted during health assessments. "We are aware of numerous survivors and, unfortunately, I expect many more will come forward in the weeks and months ahead," wrote Assistant Commissioner Brennan about the alleged assaults in Bedford. "This is an extremely devastating time for those who have shared their trauma and are reliving this, and I am beyond unsettled to think that an individual who this organization entrusted abused their power."

In a separate memo to all RCMP staff, Assistant Commissioner Stephen White, the RCMP's acting chief of human resources, describes the allegations levelled against the Nova Scotia doctor as "disturbing."

Mr. White urges other victims or anyone else who has information about the alleged crimes to contact officers of the Halifax Regional Police who have taken over the investigation.

David Klein of Klein Lawyers in Vancouver, whose firm was one of two that negotiated the class-action settlement, says eight of the hundreds of women who have come to his office asking for help in filing their claim say they were assaulted by a physician at the Bedford clinic who was nicknamed "Dr. Fingers" by recruits.

Mr. Klein said those women say the doctor gave them unnecessary rectal examinations, inserted his fingers into their vaginas for no apparent reason and spent unusually lengthy periods of time rubbing his hands on their breasts.

Those who say they were assaulted at the Bedford clinic during the process of applying for jobs in the RCMP say they did not lodge immediate complaints because they did not want to be perceived as troublemakers, Mr. Klein said. And regular members of the forces were reluctant to speak out because female RCMP officers who complained internally about sexual assaults often ended up being shunned by their peers, he said.

As part of the class-action settlement, the RCMP is required to institute 20 changes to its policies and culture that are aimed at reducing sexual assault, harassment and discrimination.

But the force did not respond to more than a week of requests from The Globe and Mail for information regarding what has been done about those required changes, or put forward anyone to speak to the issue of making the workplace a safer and more welcoming environment for women.

That is a different approach to the one taken by the military which, when faced with damning evidence in 2015 that sexual assaults were endemic within its ranks, took significant steps to combat it and has put forward senior officers on multiple occasions to discuss the progress that is being made.

Mr. Klein, who represents more than 600 of the plaintiffs in the class-action suit, says he is unaware of any significant changes that are being made within the RCMP to address the types of behaviours being alleged by his clients.

"I have now read over 300 claims. It is shocking to see what these women endured," Mr. Klein said. "The settlement agreement includes a host of change initiatives the RCMP has agreed to undertake. These are important. For many of my clients, the change initiatives are more important than the compensation."

According the website maintained by the Office of the Independent Assessor, 952 claims have already been filed in the class-action suit and there are another 1,400 people who have registered but not yet filed.

While plaintiffs don't need to be represented by a lawyer, the 33-page form that must be completed and the highly traumatic nature of their experiences have prompted more women than expected to seek legal advice in filing their claims, Mr. Klein said. "We're scrambling to get them all," he said. "I have five lawyers, four paralegals and four articling students working full-time, flat out on claims for these women."

The federal government has set aside $100-million for the payouts, but there is no cap on the total amount that will be awarded to women who are part of the class-action suit. Each victim will receive a minimum of $10,000 and the awards will go as high as $220,000 for those most seriously harmed.

Meanwhile, in Halifax, Assistant Commissioner Brennan is urging those who were victims of assault at the health clinic to seek help.

"We have to look out for one another and take care of each other," he wrote in his letter. "I can assure you the division is committed to supporting survivors throughout this process." 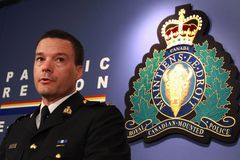 Former RCMP employee alleging sexual assault tells court she has PTSD
June 15, 2017
Follow Gloria Galloway on Twitter @glorgal
Report an error Editorial code of conduct
Due to technical reasons, we have temporarily removed commenting from our articles. We hope to have this fixed soon. Thank you for your patience. If you are looking to give feedback on our new site, please send it along to feedback@globeandmail.com. If you want to write a letter to the editor, please forward to letters@globeandmail.com.
Comments are closed