A military review has identified serious flaws with a support unit intended to aid ill and wounded troops, concluding that it has too few staff and resources to properly help vulnerable soldiers return to work or adapt to civilian life.

The review of the nearly eight-year-old Joint Personnel Support Unit (JPSU) was ordered by General Jonathan Vance two weeks after he assumed the role of Chief of the Defence Staff in mid-July. The Globe and Mail obtained a draft copy of the review team's findings and the more than 50 recommendations made for overhauling the JPSU.

The internal probe underscores long-standing problems with the support unit, many of which have been raised in previous investigations. Yet, little significant action has been taken over the years to address the JPSU's shortcomings, even after several soldiers in the support unit took their own lives.

Gen. Vance is pledging to fix the JPSU. He has ordered a deep examination of the review team's recommendations and a renewal of the unit's mandate, design, resources and policies.

"The JPSU needs an absolutely thorough review from top to bottom," Gen. Vance told The Globe and Mail after considering the recommendations. "I have to make sure the JPSU concept accounts for the requirements of the individual and more closely customizes their care."

Created in 2008, the JPSU was designed to assist wounded soldiers at a time when casualties from the Afghanistan war were mounting. The unit's 24 personnel-support centres and eight satellite offices, located at bases and wings across the country, offer programs and administrative support to those deemed unable to fulfill their regular duties for at least six months.

The unit was supposed to help these soldiers return to their military careers or train them for new civilian jobs and smooth their transition out of the Canadian Forces. The JPSU, though, took wounded members away from their home units and the soldiers they knew.

The JPSU review team found that many military commanders lack trust in the support centres' ability "to provide suitable supervision, leadership and care for their ill and injured," according to a 21-page draft report, delivered in September to Gen. Vance. It's not clear when the report will be made public.

The document reveals there are "substantial stresses evident throughout the system" that have fuelled burnout and a high turnover among JPSU staff. At the same time, the number of ill and wounded posted to the JPSU has swelled to about 1,400 members – up 34 per cent since 2011. The vast majority are grappling with "non-visible injuries," such as post-traumatic stress disorder or severe depression, and most are being released from the military, contrary to the original vision for the JPSU.

The JPSU's failings have affected some of the Canadian Forces' most vulnerable soldiers. A Globe and Mail investigation published in October showed that in the case of one long-time infantryman transferred to the JPSU, the support unit left him feeling abandoned and isolated, according to a military inquiry held into his death. Sergeant Paul Martin was diagnosed with PTSD after returning from the Afghanistan war in 2009. A career army man and a married father of two, he was facing a medical discharge from the military when he took his own life in 2011.

Sgt. Martin is one of at least 59 soldiers and veterans who have killed themselves after serving in the Afghanistan war – a number that came to light as result of The Globe's investigation. The inquiry into Sgt. Martin's suicide led to four recommendations aimed at improving the JPSU, boosting mental-health services and improving how the military deals with traumatic incidents. All were rejected by military brass, The Globe investigation revealed.

The Canadian Forces now appear ready to tackle the JPSU deficiencies uncovered in Sgt. Martin's inquiry and other investigations. A steering committee has been established to pore over the review team's recommendations and make improvements.

Major-General Derek Joyce, co-chair of the steering committee, said work has been divided into three phases and that structural changes to the JPSU and its centres are expected by next fall.

He said the Forces are looking to address the staffing shortage as quickly as possible. The JPSU and its centres are staffed with a mixture of regular force members, full-time reservists and civilians. Nearly 50 of 297 positions are unfilled, including civilian case managers and military leadership roles.

The steering committee is also looking to address the issue of abandonment. The review team found that some support centres have maintained strong relationships with members' home units, while others have not, causing some leaders to become "divorced" from the care of their soldiers.

"This is one of the issues that we are looking at very, very closely," Maj.-Gen. Joyce said. "We see it as extremely important to maintain the leadership engagement for each one of our members."

Some changes have already been made. Members who were working away from their home units when they were posted to the JPSU because of a prolonged injury or illness have been allowed to transfer to a support centre close to their families in situations when the move didn't harm their care. This change allowed 13 members to be reunited with their families before Christmas.

Vans have also been purchased to ensure support centres can shuttle members who need transportation to medical appointments.

Problems with the JPSU have been known for years and were publicly raised in 2013 by the military ombudsman and by retired master warrant officer Barry Westholm, who resigned from the JPSU and the Forces in 2013 because of frustration with the management of the unit and staffing shortages.

Mr. Westholm, who joined the JPSU near its infancy and did so because he believed in the concept and wanted to help the battered soldiers returning from Afghanistan, has examined the review team's draft report and has prepared a response that he plans to send to Gen. Vance. He doesn't agree with all of the recommendations and wants the steering committee to carefully consider the changes it makes.

He said the JPSU should not shift away from reservist staffing, as proposed, because he believes reservists offer the unit more stability than regular force members. He believes the JPSU can be fixed and that its management and structure need to change.

"They took that good concept and drove it right into the ground," said Mr. Westholm, who was second in command of the JPSU's populous Eastern Ontario region. "The JPSU needed a tactical pause to look at what we've got, where we're going, what things we have to do to make it successful.

"Now what you have is a series of investigations and a lot of carnage."

Mr. Westholm believes the staffing shortage had dire consequences for some vulnerable soldiers, including possibly contributing to several suicides.

"In my resignation letter, I said the results could be mortal and I'm not overexaggerating," he said. "If you've got a guy that has got PTSD, they post him to JPSU and then nobody sees him, that's going to have a debilitating effect on that person. How can't it?" 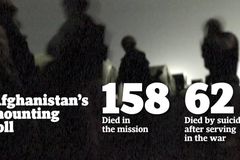 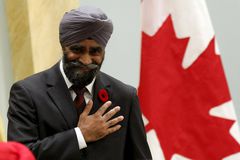 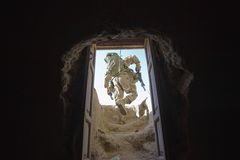 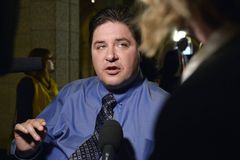 Follow Renata D’Aliesio and Steven Chase on Twitter @renatadaliesio @stevenchase
Report an error Editorial code of conduct
Due to technical reasons, we have temporarily removed commenting from our articles. We hope to have this fixed soon. Thank you for your patience. If you are looking to give feedback on our new site, please send it along to feedback@globeandmail.com. If you want to write a letter to the editor, please forward to letters@globeandmail.com.
Comments