Prime Minister Justin Trudeau has named Supreme Court Justice Richard Wagner the next chief justice, which gives the 60-year old Quebecker up to 15 years to put his mark on the country's most powerful court, and on Canadian law, before mandatory retirement.

Although his father once sought the leadership of the federal Progressive Conservative Party, Justice Wagner was in most respects a conventional choice from a Liberal prime minister – the senior judge from Quebec, in keeping with a loose tradition in which the position of chief justice alternates between Quebec and the rest of Canada. He is widely respected and liked by his colleagues, and takes easily to the public duties that come with being chief justice, having regularly given talks around the country in both official languages since he joined the court in 2012.

He succeeds Beverley McLachlin, the longest-serving chief justice in the history of the Supreme Court of Canada, with 17 years in the job. Chief Justice McLachlin's retirement and the appointment of the new chief justice take effect on Friday. Chief Justice McLachlin presided over a tumultuous period in which the court reversed many precedents, struck down laws on prostitution and assisted dying, set time limits for criminal proceedings and expanded Indigenous and union rights. She even did public battle with a sitting prime minister, Stephen Harper, who accused her of trying to interfere in a case before the court – the first case in which the court rejected an appointee as legally unqualified.

But Justice Wagner has not made the kind of mark on constitutional issues in his initial years on the court that the current chief justice did in her early period. She launched herself as a Supreme Court judge, beginning in 1989, with a series of controversial decisions, such as striking down the federal rape-shield law and writing a dissent when the majority upheld Canada's hate-propaganda law.

The new chief justice has not written constitutional rulings that serve as his "calling card" and spell out his approach in great detail, says law dean Lorne Sossin of York University's Osgoode Hall Law School.

"Wagner is a bit of a 'yet-to-be-determined' in terms of judicial philosophy," he said in an interview.

Justice Wagner has stood up for minority languages. In Caron v Alberta (2015), he and Justice Suzanne Côté wrote in dissent that Alberta has a constitutional obligation to translate its laws into French. They said that when Canada annexed the West in 1870, there was an agreement to protect legislative bilingualism. Their view lost 6-3. He also stood up for Quebec, writing a joint dissent with the two other Quebec judges in a 2015 case in which the province sought to retain data from a firearms registry that the federal government wished to have destroyed. The court ruled 5-4 in Ottawa's favour.

He is generally considered tougher on crime than many of his colleagues. He dissented in R v Nur in 2015, in which the majority declared a mandatory minimum penalty for illegal-gun possession unconstitutional. He wrote for the majority in restoring a 6 1/2-year sentence for an 18-year-old drunk driver who caused the death of his two passengers, saying in a 5-2 ruling that judges should be able to take into account local conditions. But he is well within the court's broad middle. He opposed the new time limits on criminal trials established in R v Jordan last year. He wrote a unanimous ruling in R v Whaling in 2014, striking down a Conservative law that retroactively took away easy access to early parole for non-violent offenders.

The government had said that law was needed to maintain public confidence in the justice system. But Justice Wagner wrote, "I would point out that the enactment of Charter-infringing legislation does great damage to that confidence." Like the current Chief Justice, he sees constitutional law as a "living tree," evolving with the times. He told his nomination hearing he supports the idea of similar hearings for federally appointed courts (such as the superior courts of provinces), something no government has offered.

Justice Wagner is the son of the late Claude Wagner, who lost his bid for the Progressive Conservative federal leadership in 1976, and who had been a Liberal justice minister in Quebec. He is married to Quebec Superior Court judge Catherine Mandeville, and is the father of a daughter and a son, both lawyers. He was educated by Jesuits and received his law degree from the University of Ottawa in 1979. (After being told he could not study law while doing a bachelor's degree in political science, he asked to see the rule, and when administrators could not find it, was let in.)

"Like Bécaud's song, my story is mostly about a happy man," he told his Parliamentary nomination hearing in 2012, describing a sports-loving childhood in a tight-knit family in which he learned consensus-building as the middle child.

He was a business lawyer for a quarter-century in Montreal, then in 2004 became a judge on the Quebec Superior Court, followed by a brief time on the Quebec Court of Appeal, beginning in 2011.

The appointment of Justice Wagner was lauded in Quebec.

"It's a win for Quebec and a win for Canada," Paul-Matthieu Grondin, president of the provincial law society, said in an interview. "A brilliant jurist. He's bilingual, smart and a leader."

"He has a very good sense of human relationships," and will be able to "bring all the judges together" as a consensus-style leader.

In choosing Justice Wagner, Mr. Trudeau opted to look beyond Justice Rosalie Abella, the most senior judge on the court, who was appointed in 2004. Judicial advisers had discussed her possible appointment. At 71, she would have had just 3 1/2 years before retirement. She has been an outspoken defender of equity and minorities during her career on and off the bench. 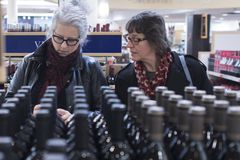 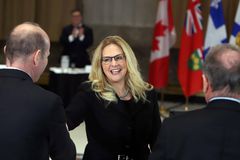