More indigenous communities in Canada are participating in the census – a sea change from previous decades – as recognition grows of its importance as a tool for planning and development and to raise awareness of pressing social needs.

The collection response rate in indigenous communities rose to 92.5 per cent for this year's census, up from 89.9 per cent in 2011, preliminary results from Statistics Canada show (the agency does not have comparable numbers for 2006).

Across the country, only 14 aboriginal communities were incompletely enumerated (meaning the process was not permitted, interrupted or delayed by natural events) in the 2016 census – the lowest number in at least two decades. It is part of a long-term trend: The number of non-participating communities (or not completely enumerated) has fallen in each census since 1986.

Read more: How big of a census nerd are you? Try our quiz

Reasons for incomplete enumeration vary, but the main factor is band councils denying census takers permission to enter their communities. Statistics Canada does on-site enumeration on reserves because of challenges posed by some of the locations.

The census is the most comprehensive – and in many cases, the only – source of information about the on-reserve indigenous population, giving insights into everything from aboriginal languages to housing conditions, incomes, employment rates and family formation.

Higher participation may stem from a growing sense the data can help in community planning and build a stronger case for investment in crucial areas such as education, said Jeff Reading, a professor in the faculty of health sciences at Simon Fraser University and B.C. First Nations Health Authority chair in heart health and wellness at St. Paul's Hospital in Vancouver.

In earlier decades, many groups "basically felt that they were being researched to death, that they were not seeing the benefits from research and statistics," said Dr. Reading, a Mohawk from the Tyendinaga First Nation in Ontario. Now, "there's a growing recognition that data is important to get resources, and it helps to explain some of the things they see."

Fewer communities opted out of each census in recent decades. In 2011, 18 were not completely enumerated; the number in 2006 was 22. In 1986, leaders at 136 reserves refused to allow census enumeration, and as a result one fifth of the on-reserve aboriginal population was not counted.

The census has the only comprehensive data on aboriginal languages. It also offers key insights into on-reserve labour market trends (an area excluded from the monthly labour force survey), along with housing conditions – including overcrowding and the state of disrepair – income trends and living arrangements of children.

"We don't just show up on the doorstep on census day," she said. "We go nation to nation in our census enumeration … we do this in a very respectful and culturally appropriate way."

Akwesasne, a territory that includes parts of Ontario, Quebec and New York State, had previously refused to take part. This year, the Mohawk Council of Akwesasne surveyed community members online to assess if they wanted to participate; 69 per cent of respondents said yes, so the council allowed census takers to survey households on a voluntary basis. Canvassers were hired from within the community.

"Many community members simply don't believe they are part of Canada and therefore didn't feel comfortable participating in a Canadian census. However, as a council and organization, we understand the relationship between accurate statistics and funding for programs, services and infrastructure ... so we have educated our membership on those positive benefits."

Some communities still do not support participation. The Six Nations council in Ontario passed a resolution denying approval for Statscan to enter its territory, citing privacy concerns.

The census is conducted every five years. Everyone living on reserves (of which Canada has more than 800) receives the long-form version. Census takers went door to door, and questionnaires were available in 11 languages including Cree, Inuktitut, Ojibway and Dogrib.

Dr. Reading said the census provides insights into the socio-economic determinants of health. "When you have profound disparities in health and the situation is not improving as quickly as you'd hope, data is not a panacea, but it's useful in constructing an argument. I think native communities realize that there's a power in data in the evidence of their social and health conditions."

The census is not the only sign of growing civic participation. Voter turnout in the 2015 federal election on reserves rose to 61.5 per cent – a jump of 14 percentage points from 2011 and the highest share since record-keeping began in 2004, according to Elections Canada. 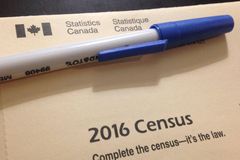 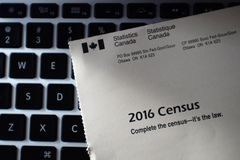