In a controversy pitting some Nova Scotians of Scottish ancestry against each other, the chairman of Cape Breton's recently renamed Royal Gaelic College has stepped down because of a backlash against the school's gaining its royal prefix from Queen Elizabeth II.

The name change was intended to mark the college's 75th anniversary, but instead the move reopened centuries-old wounds.

The uproar started two weeks ago when Alex Morrison, then the chairman of the board of governors, announced that the Queen had honoured the school by allowing it to be called Colaisde Rioghail na Gàidhlig – The Royal Gaelic College.

The office of Allan MacMaster, the Conservative MLA for Inverness and party critic on Gaelic affairs, received scores of e-mails, calls and letters complaining about the college's new name.

Mr. MacMaster said in an interview that three college instructors no longer wanted to teach there.

Some commenters on the college's Facebook page didn't react kindly either. "What's the point of getting all the way to Canada if you're still going to bow and grovel to the rabble that was responsible for clearing so many of us out in the first place?" one wrote.

The acrimony, Mr. MacMaster said, stems from the fact that historically the British Crown suppressed Scottish culture, pushing many Scots to emigrate to other lands, including Canada.

"You would never see a Mi'kmaq college in Nova Scotia named after Cornwallis," he said, alluding to the 18th-century British governor who put a bounty on Mi'kmaq scalps.

Mr. Morrison said in an interview that he resigned this week from his voluntary post, but will remain on the board.

"When this was announced, there was an awful lot of comments, back and forth," Mr. Morrison said.

"Since I was the chairman, a lot of the comments focused on me and this should not be about me, this should be about the recognition from the Queen."

Mr. MacMaster criticized the renaming in a speech last week in the Nova Scotia legislature.

"Why not let people enjoy their heritage and their culture, free of oppressive memories of the past?" Mr. MacMaster said.

He said that while he wished "no ill will towards Queen Elizabeth II or the Royal Family," he had not forgotten that the British historically sought to eradicate Gaelic culture and tradition through the Statutes of Iona of 1609, for example, a legislation that forced clan chiefs to send their eldest child to English-speaking Protestant schools.

"When we see a college being named Royal, that just brings back memories of what Royal meant in the past to my people," Mr. MacMaster said.

Mr. Morrison said his Scottish credentials were also unimpeachable, with great-grandparents who came from Scotland in the early 1800s.

But, he said, "I was raised as a Canadian and the head of state of Canada is the Queen."

Even in modern-day Scotland, the royal prefix is accepted, Mr. Morrison said, noting that the premier Gaelic cultural festival is known as the Royal National Mod.

Someone who identified himself as one of the college's governors, Ernie MacAulay, wrote on Facebook that the board had made a mistake and should review its decision and "somehow gracefully withdraw from using the 'Royal' name."

"We made a blunder. I hang my head with a modicum of shame for my part in this 'debacle,'" the post said.

Mr. MacAulay could not be immediately contacted to confirm the authenticity of the post.

Mr. Morrison said that he has since spoken to Mr. MacAulay and that his fellow governor no longer wants to overturn the name change.

Located northeast of Baddeck, on the Cabot Trail, the college was founded in 1938 by a Presbyterian minister who had immigrated from Scotland's Isle of Skye. The college promotes itself as the most important school of Gaelic language and culture in North America. 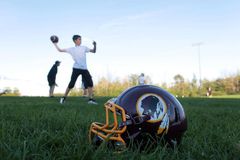 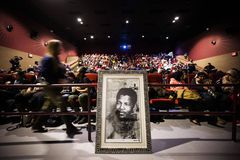 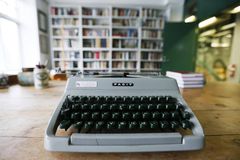