In a ruling that will make bail easier to obtain, an Ontario judge says the "best" or "safest" option for releasing accused people from custody – even in cases involving allegations of stalking – is the wrong standard to follow.

The ruling by Justice Joseph Di Luca of the Ontario Superior Court aims explicitly at making bail courts less risk-averse. It comes in a case in which a man faced charges that he criminally harassed his ex-girlfriend over a six-month period and published intimate images of her without her consent. The allegations included an assault that caused a bloody nose and mischief of damaging a cellphone, both of which he was not charged for, Justice Di Luca said.

Almost 60 per cent of adults held in provincial jails in Canada are waiting for their trials and have not been found guilty of an offence, according to Statistics Canada. Last June, the Supreme Court of Canada, in a case known as R. v. Antic, criticized judges who make bail too difficult to obtain.

"Underlying Canada's broken bail system is a culture of risk aversion within the criminal justice system," he wrote in a ruling released last week.

In most cases, he said, it should not be necessary for an accused person to provide a surety – someone to promise reliable supervision – in order to be released.

"I want to be clear that in many cases a surety release will be the 'best' or 'safest' option. That is not, however, the test," he wrote. "An accused who is presumed innocent should not have his or her liberty restricted if lesser forms of restriction will meet the statutory test for release."

Mr. Tunney had been released with a surety after a hearing last October, but applied to Justice Di Luca for a bail review in November. Justice Di Luca ruled that the surety wasn't necessary. He changed the release order so that Mr. Tunney was freed on his own undertaking to respect the bail conditions (such as no contact with his ex-girlfriend) and to show up for trial.

The ruling, which is binding on lower court judges, sparked concerns from a clinic for women who have experienced violence. The Barbra Schlifer Commemorative Clinic in Toronto says Justice Di Luca did not appreciate that the Tunney case presented a high-risk situation.

"Thinking about criminal harassing behaviour and literally using an ex-girlfriend's intimate images for revenge, these [allegations] are indicators of violence, which is very escalating in nature," Deepa Mattoo, the clinic's legal director, said in an interview after reading the ruling at The Globe and Mail's request.

"There is a need to take these cases a lot more seriously."

Daniel Brown, a Toronto criminal defence lawyer who was not involved in the Tunney case, said the ruling marks an important turning point.

"You could call it revolutionary in its approach to bail," he said in an interview.

He said that bail courts in Toronto are already changing their practices to follow the principles set out by Justice Di Luca. He said that if an accused continues his stalking behaviour, he can be picked up again by police and returned to jail.

In most cases, outside of gun crimes and certain other serious offences, the prosecution bears the burden of showing why an accused should not be released. But in Mr. Tunney's case, the prosecution had asked for a surety, and Justice of the Peace Adele Romagnoli insisted that Mr. Tunney's proposed surety testify first to determine whether there was a reliable person to provide supervision, before deciding whether he should be released. Justice Di Luca said that decision had the effect of putting the burden on Mr. Tunney to show why he should be released. And the Justice of the Peace had not explained first why a simple release on Mr. Tunney's own promise to respect the bail conditions fell short, Justice Di Luca said.

"A surety release is one of the most stringent forms of release that should only be considered where all lesser forms of release fail to satisfy the concerns raised by the evidence," Justice Di |Luca wrote.

Even where there is a need for a surety, usually he or she will not need to testify in a court, but instead should simply fill out the appropriate forms and supply an explanation in an affidavit, Justice Di Luca said. 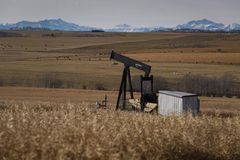 Second murder case reinstated by courts after being dropped because of Jordan ruling on time limits
February 8, 2018