Supporters of supervised drug-injection sites, such as Vancouver's Insite, are keeping a cautious eye on the federal election, as Stephen Harper vows to fight their expansion and questions their benefit as part of his government's tough-on-drugs agenda.

The latest challenge, laid out by Mr. Harper during a campaign stop this week in a suburban Toronto riding, comes as Montreal prepares to become the second Canadian city to offer a medically supervised setting for injection drug users. It also comes as drug overdoses and deaths linked to fentanyl are making headlines and groups in Toronto and Ottawa continue to cautiously work to build support for future sites.

Mr. Harper brought up the topic during a policy announcement, saying NDP Leader Thomas Mulcair and Liberal Leader Justin Trudeau would welcome "heroin injection sites" into more neighbourhoods. The data are "very mixed" on safe injection sites, he said. He added that Canadians do not want them in their neighbourhood because such a site "flows the entire drug trade into that community."

Both the Liberals and the New Democrats are in favour of safe injection sites, and a Supreme Court of Canada ruling said Insite saves lives.

In Montreal, Daniel Boucher sees first-hand what having to shoot up in the streets is like – he sees it in his work distributing needles for the community organization Cactus, and he experienced it himself while he was homeless for more than five years.

"The main thing is homeless people use injectable drugs – they do it in the streets, under the rain, in sight of everyone, in parks, they are seen, they get busted," Mr. Boucher said.

The most important benefit of a safe injection site, he said, is its proximity to users. "I think I would have spent less time in the street, trying to find myself if I had the appropriate help [close like that]," he said.

Cactus is one of three groups in Montreal seeking to provide safe injection sites under a city plan with funding from the province. The organization also would run a mobile unit. Montreal Mayor Denis Coderre has vowed to open the sites, and this week his office repeated that pledge.

"As the Montreal mayor said several times in the beginning of June, there will be supervised injection sites in the city. The mayor will make announcements in due time," Mr. Coderre's spokeswoman, Catherine Maurice, said in an e-mail.

Louis Letellier, chairman of the Cactus board of directors, confirmed the intention to open the sites this fall, whether the federal government responds or not. "We're going to open – it's that simple – and then we'll face the music," he said. As long as the Quebec government provides its support – which it has "without hesitation," Mr. Letellier said – the plan is to be defiant.

The Conservative government passed Bill C-2 in the spring, legislation that includes a long list of requirements for any group seeking the exemption from Health Canada that is required under the Controlled Drugs and Substances Act to establish a safe injection site.

Health Canada said in a statement that it is not its practice to comment on the status of an application, noting that any request has to meet the requirements of the act, "including community consultations."

Others in Toronto and Ottawa are watching closely.

"There are active conversations in Toronto among health-care professionals and people in the harm-reduction world about a potential application, " said Councillor Gord Perks, former chair of the Toronto Drug Strategy Implementation Panel.

Under federal rules, any effort to establish a safe injection site would require the support of the city's mayor and police chief. A spokesman for Toronto Police Chief Mark Saunders said the recently appointed head of the force believes that "they cause enormous damage to neighbourhoods where they are located and believes there are other harm-reduction methods that are preferable." Mayor John Tory's office did not offer a position, saying in a statement that the issue is not under consideration at this time.

In Ottawa, Sandy Hill Health Services's harm-reduction program, Oasis, is moving ahead with an application for an exemption, despite opposition from Mayor Jim Watson and Police Chief Charles Bordeleau.

"We're confident that once we have our proposal together, the mayor and the chief of police will be able to review that, and they hopefully will agree that with our experience working with this community, that we do have the expertise and the abilities to be able to manage a service like this," Oasis nursing team leader Luc Cormier said.

Patricia Daly, chief medical health officer for Vancouver Coastal Health, said she had expected other cities to open sites following the Supreme Court ruling. The fact that they have not, she said, is a important issue to raise during the election campaign.

As for Mr. Harper's assertions, she said they are not reflective of the experience in Vancouver. "Insite is not increasing drug use among young people. It is not leading to increased crime. It is not making it easier to access drugs," she said. "Insite has been part of the solution. It is not part of the problem."

Daniel Werb, director of the International Centre for Science in Drug Policy at Toronto's St. Michael's Hospital, said Insite has been the subject of rigorous research that has shown it has gone beyond its original mandate of reducing harm and public disorder, with studies showing that its clients are more likely to seek treatment.

Dr. Werb recently received funding for a multiyear study of the role that safe injection sites play in preventing potential injection drug users from ever trying it by limiting their exposure to experienced users. 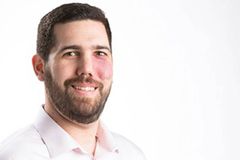 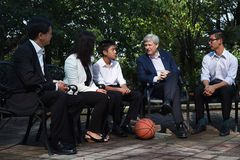