An outspoken retired judge is accusing the judiciary of failing Canada's aboriginal peoples by ignoring their history of disadvantage when crafting sentences – even as the proportion of aboriginal men and women behind bars continues to rise.

Cunliffe Barnett, who sat on British Columbia's provincial court from 1973 until 2006, singled out Saskatchewan as a notable example of a more widespread problem in which judges don't understand how historic injustices against aboriginal peoples, such as the residential schools, continue to affect the choices made by young natives.

He mentions a case from June in which a 23-year-old with fetal alcohol spectrum disorder and the mental age of a seven-year-old was sentenced to a year in prison for aggravated assault. That 23-year-old, Trevor Machiskinic, had no criminal record until a cousin who had long bullied him teased him about his sexuality. He attacked the cousin with a baseball bat, fracturing his skull. Justice M.L. Dovell of the Saskatchewan Court of Queen's Bench, though she discussed Mr. Machiskinic's difficult background, still gave him one year in prison and one year probation.

"Is putting him in jail the answer to anything for anybody?" Mr. Barnett said in an interview. Nearly 80 per cent of inmates in Saskatchewan's provincial jails are aboriginal, the highest percentage of any province.

In 1996, the federal Liberal government passed a sentencing law that stressed jail should be a last resort for everyone, "with particular attention to the circumstances of aboriginal offenders." In 1999, in a case called R v. Gladue, the Supreme Court said that law obliges judges to take a close look at the history of disadvantage of aboriginal offenders and their communities. At the time, aboriginals accounted for 12 per cent of all federal prisoners. Today, they make up 23 per cent of the federal prison population, government figures show. Aboriginals make up 4 per cent of the Canadian population, and 17 per cent of Saskatchewan's.

Gerald Seniuk, a retired chief judge of the province's Provincial Court, took issue with Mr. Barnett's criticisms. In his experience, "the fact that the reports aren't there doesn't mean the judges aren't attuned to the Gladue factors, whether they say it in their judgments or not. Our judges are quite competent and compassionate and were leaders in trying to fight for things like the Gladue considerations," he said in an interview.

"I would be careful in assuming that they're not doing the best they can. The biggest thing is what does the Court of Appeal say, and what limits are there on the sentencing range that our judges can implement. What options are prosecutors prepared to develop? The judges can find ways to make things work, depending on the legal framework and the things people bring to it."

The Supreme Court urged in-depth reports be prepared for judges on the aboriginal background of offenders and their communities. But Mr. Barnett, the author of Judge Barnett's Guide to Understanding the Decisions of the Supreme Court of Canada in the Gladue and Ipeelee Cases, said he is aware of only three cases in Saskatchewan in which such reports have been prepared. And alternatives to jail sentences, as urged by the Supreme Court, is non-existent in the province.

"I have not found a single Saskatchewan decision – not in the Provincial Court, the Court of Queen's Bench, or the Court of Appeal – where any judicial attention was paid" to the Supreme Court's call for a new approach.

Saskatchewan gives infrequent consideration to aboriginal background in sentencing, new research from Saskatoon lawyer James Scott shows. Judges applied principles set down by the Supreme Court in the Gladue case in just 23 of 169 reported sentencing decisions published on the website of the Canadian Legal Information Institute between 1999 and June, 2014. Police chiefs take no position on inquiry into murdered and missing women
May 12, 2018 Authorities had contact with Tina Fontaine on last day she was seen alive
May 12, 2018 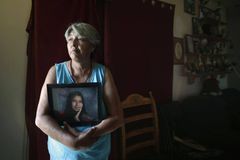 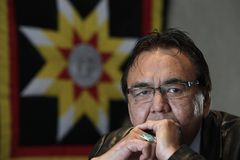