A small northern Saskatchewan First Nation is once again in mourning after two teenagers killed themselves in recent weeks.

The suicides in Fond du Lac came as the community recovers from a Dec. 13 plane crash that led to the death of 19-year-old Arson Fern Jr.

Chief Bobby Cameron of the Federation of Sovereign Indigenous Nations said the crash and Fern's death have been tough on the community.

"Shortly after, a young teenager took his own life and, probably a week later, a young girl," he told The Canadian Press on Monday. "They've been going through a very difficult time emotionally and spiritually."

In December, a West Wind Aviation plane with 25 people on board went down shortly after taking off from the Fond du Lac airstrip.

Everyone on board escaped the wreckage but seven people were seriously injured. Fern, who had cerebral palsy, later died in hospital from his injuries.

Cameron said it's difficult to know whether the two suicides are directly linked to the plane crash.

"One can only speculate what the youth were going through and what they were thinking," he said. "One thing is for certain – something was bothering these youth. Something was on their mind."

A recent report about suicide among Indigenous youth in northern Saskatchewan suggested they often feel bullied, sad and alone in their communities.

"It's really troubling and it's not only here in Saskatchewan," said provincial child and youth advocate Corey O'Soup. "I want to call it an epidemic, because it is."

Similar reports are coming out of some Alberta First Nations.

A summary report into the serious injuries and deaths of young people in Alberta over the past five years shows Indigenous youth make up more than 70 per cent of suicides.

"It's prevalent in Alberta as well," said Alberta's child and youth advocate Del Graff. "We hear about these circumstances and it's just so sad that families are facing these preventable deaths and that communities are reeling, particularly Indigenous communities, are reeling from the impact."

In Saskatchewan, the suicide rate for First Nations boys between the ages of 10 and 19 is six times higher than for non-Indigenous boys, while the rate for girls is 26 times higher.

Six girls between the ages of 11 and 14 committed suicide in Indigenous communities in October 2016.

Prime Minister Justin Trudeau at the time called it a "tremendous tragedy."

O'Soup said governments are really good at responding to the initial crisis.

"They send in all these supports for a couple weeks or a month and then they're gone," he said. "The big challenge is finding long-term sustainable solutions for our communities in the North, particularly those ones that are isolated."

Officials with the federal government said in an email that they are working to address the issue.

"The health issues facing Indigenous communities across the country, including high suicide rates among youth and limited access to mental health supports in rural, remote and isolated communities are serious and unacceptable," said the statement from the Department of Indigenous Services Canada.

"We are working with Indigenous partners and provincial and territorial governments to provide effective, sustainable, and culturally appropriate health programs and services to improve the health of First Nations and Inuit." 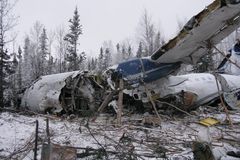 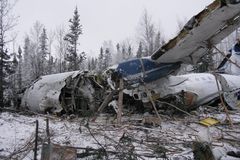