The Saudi government is donating hundreds of thousands of dollars to help finance the expansion of private Islamic schools in Canada, according to newly leaked documents that shine a light on how foreign states are helping finance a growing demand for religious education.

The schools confirmed to The Globe and Mail they had sought such donations to help build or buy new facilities for rapidly expanding student bodies.

The memos about the donations were among 500,000 Saudi diplomatic cables that WikiLeaks has begun releasing, yielding unprecedented insights into how the secretive Arab kingdom operates outside its own borders.

Foreign donations to private schools are legal. But Riyadh is frequently accused of spreading a puritanical form of Islam, and its critics allege Saudi dollars can pave the way for Saudi doctrine.

The administrators for the Canadian schools deny any Saudi influence. They say they accept only unconditional donations.

"It's not the way we operate. We are solely Canadian and we have our own way of doing things," said Sharaf Sharafeldin, the executive director of the Muslim Association of Canada (MAC). The association runs several mosques and private Islamic schools, including Olive Grove School in Mississauga, which got the $134,000 Saudi donation.

The cable sent from the Saudi embassy in Ottawa to Riyadh about this donation reads that MAC "needs support and aid to carry out a development and construction project for phase two at the school. There is no observations or anything against it."

One of the top performing academic schools in Ontario, Olive Grove has 1,200 students on its waiting list. Mr. Sharafeldin said the donation was a one-time payment that was insignificant compared with the overall $7-million cost of the school. He added that his organization submitted an application for Saudi financial support after hearing that other Muslim groups in Canada had made similar appeals.

MAC circulated an e-mail to parents of schoolchildren recently as media organizations including The Globe raised questions about Saudi fundraising. "The grant came with no conditions," that e-mail assured parents.

Foreign donations to private Muslim, Sikh, Hindu, Jewish and Christian schools in Canada are rarely highlighted. Faith-based schools that operate outside the public school system do not get taxpayer funds and rely on tuition. But steep tuition fees can mean that religious schools confront donor fatigue within their communities when it comes time to grow.

The Ottawa Islamic School "is currently building an expansion on its property worth approximately $4-million, that will meet a lot of shortage for space," principal Mohamed Sheikh Ahmed said in an e-mailed reply to questions from The Globe.

The Saudi funds related to that project are highlighted in a memo that was circulated in Riyadh by the Saudi Ministry of Finance. Titled "Financial aid to the Ottawa Islamic School," it shows that a $211,000 donation was discussed by several Saudi bureaucrats, including ones involved in their government's Foreign Affairs department and the Preaching and Islamic Affairs Outreach bureau.

"Regarding the provision of financial aid to a number of Islamic institutions, including … the Ottawa Islamic School in Canada, we would like to inform you that we have disbursed the first payment of that aid by a cheque," that cable reads.

Mr. Ahmed said he would not speak directly about that donation because "it is not our policy to specifically single out one of our donors." Asked about the prospect of potential Saudi influence, he said "we do not accept such donations with strings attached at all."

The text of the leaked cable about Olive Grove shows some Saudi officials were aware of potential concerns about how money would be used. One official in Riyadh had requested "the Canadian government's written approval" on any donation beforehand, and asked if there was anything precluding the Canadian school's "receipt of a financial aid from the government of the Kingdom."

There are no such proscriptions but there are some sensitivies. Over the past eight months, a Canadian parliamentary committee has been raising questions about the influence of Saudi funding in Canada's Muslim communities."We have to be concerned about all foreign funding coming in," said Conservative Senator Daniel Lang, who chairs the national security committee.

And some observers say Canadian government officials should pay more attention to a proliferation of private religious school of all stripes, and not because of fears of influence.

"When you end up with children going to schools on the basis of their parents' religious beliefs, you end up with a system of ghettoization," said Lois Sweet, a Canadian journalist who wrote a 1997 book called God in the Classroom. In an interview she added that "I think of it as religious apartheid."

Ms. Sweet said she interviewed many Muslim, Sikh, Hindu and conservative Christian parents in Canada who had removed their children from the public system. But she added that many had said they would reconsider if public schools made more concessions to faith practices.

"We shouldn't have religious schools at all," she said. "We should have a public system that accommodates." 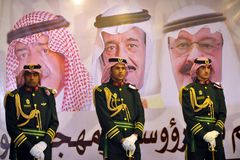 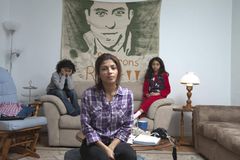 Follow Colin Freeze and Affan Chowdhry on Twitter @colinfreeze @affanchowdhry
Report an error Editorial code of conduct
Due to technical reasons, we have temporarily removed commenting from our articles. We hope to have this fixed soon. Thank you for your patience. If you are looking to give feedback on our new site, please send it along to feedback@globeandmail.com. If you want to write a letter to the editor, please forward to letters@globeandmail.com.
Comments