Bullying has long been dismissed as just a normal part of childhood.

But when two Nova Scotia teenagers saw a new classmate harassed for wearing pink and organized a pink-shirt day in his defence, their act of support became a national story. And when U.S. columnist Dan Savage launched his "It gets better" campaign aimed at supporting ostracized gay youth, it picked up top-level celebrity support and became a global touch-phrase.

On Friday, nearly 300,000 students and staff in Toronto schools honoured the victims of bullying with a moment of silence at 11 a.m. – an act normally reserved for remembering the nation's military dead. The remarkable tribute came in the wake of the suicide of Amanda Todd, a British Columbia teenager whose story is immortalized in a self-made video that has sparked conversations on bullying around the world. It was one of dozens of vigils scheduled for across the country and the globe – a testament to rapidly changing attitudes on the issue.

"No one should go through bullying," said 13-year-old Kiara Watson, a Grade 8 student at Bowmore Junior and Senior Public School, in Toronto's east end. "We shouldn't have to do these anti-bullying [events] because it shouldn't happen at all."

Kiara said that she'd been bullied starting in Grade 4 but finally got up the nerve last year to confront the person and say they should make a fresh start. The gambit worked and they became friends. But such situations often deteriorate.

Police in London, Ont., said late Thursday that eight female minors were arrested for an alleged campaign of "physical, emotional and cyber bullying" of a fellow high-school student. Their investigation is continuing and more charges are possible.

Bill Tucker, director of education for the Thames Valley District School Board, could not go into detail on the bullying allegedly suffered. Nor would London police, though spokesman Constable Dennis Rivest noted by phone that a criminal harassment charge typically indicates repeated instances of a behaviour.

Also Thursday, Toronto police said they had arrested a teenage boy alleged to have tried to blackmail a girl with photos she had given him. When she refused to put on a show for him, police say, he accessed her e-mail and used it to send the photos to people she knew. The boy, who cannot be identified, is facing extortion, threatening death and child-pornography charges.

In British Columbia, Mounties are now investigating whether there was any criminality leading up to Amanda's death. While Lower Mainland District RCMP spokesman Sergeant Peter Thiessen would not comment on how often police investigate criminality surrounding a suicide, or how often charges are laid in such a circumstance, Vancouver lawyer Eric Gottardi calls it "extremely rare."

"It's the question of whether some liability can be laid somewhere for the reasons leading up to the suicide, and did someone have a role in it taking place," he said.

While bullying itself is not a criminal offence, many elements of it are, he noted.

"The behaviour that predated her death could be criminalized if there was harassment or extortion, or that kind of stuff," he said.

In a landmark bullying case in 2002, a 16-year-old B.C. girl was found guilty of criminal harassment for uttering a series of threats to Dawn-Marie Wesley, a 14-year-old girl who eventually killed herself.

Dawn-Marie's mother, Cindy Wesley, said at the time the ruling was "for every child in this country who's been bullied."

"That is what my daughter would have wanted," she told The Vancouver Sun.

The recent spate of incidents is raising the question of whether there is more bullying now or whether society simply is more aware of it, a query Mr. Tucker said he is regularly asked.

"I'm not sure the problem of bullying is worse, it's more complex," he said. "Now with the advent of the Internet and social media, bullying occurs 24/7." 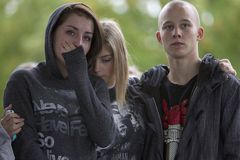 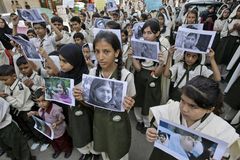 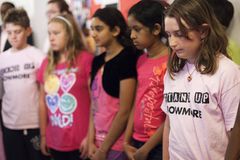 Follow Oliver Moore and Andrea Woo on Twitter @moore_oliver @andreawoo
Report an error Editorial code of conduct
Due to technical reasons, we have temporarily removed commenting from our articles. We hope to have this fixed soon. Thank you for your patience. If you are looking to give feedback on our new site, please send it along to feedback@globeandmail.com. If you want to write a letter to the editor, please forward to letters@globeandmail.com.
Comments