Katie Gibbs has been in full campaign mode in recent weeks with a calendar full of public and media appearances.

But the PhD biologist isn't a candidate in the federal election nor is she endorsing one. Instead, she is focused on a single mission: improving the state and the role of science within the Canadian government.

As the executive director of Evidence for Democracy, an advocacy group she formed in 2013, Dr. Gibbs is one of the most visible leaders in a broader grassroots movement that is emerging in this election as a voice for Canadian science.

It's a delicate balance for Dr. Gibbs and other organizations that speak for research. Although critical of many science-related decisions by Stephen Harper's Conservative government, they are wary of being reduced to a handy cudgel for his political opponents.

For this reason, Dr. Gibbs does not favour the often-repeated line that Ottawa is engaged in a "war on science," a phrase that analysts say does not accurately capture the array of research policy shifts by the Conservative government, including increased support in some areas.

Instead, she and her peers are making the case that the state of Canadian research needs more attention across the political spectrum.

Despite a marathon campaign, the issue has so far made little impact on national coverage of the election or been referred to much beyond blanket rhetoric and broad pledges by the opposition parties that they will protect science. Nor has it been a featured topic in any of the leadership debates.

"That's disappointing," said Dr. Gibbs. "If there was ever a time when science should be on the agenda, this is it."

Yet the issue reverberates through the body politic in other ways. It has surfaced at local candidates' meetings, at campus lectures, in editorial cartoons and during door-to-door canvassing. In the final stages of a tight race, it is increasingly turning up in Canadian media and beyond. On Friday, the U.S. research journal, Science, ran an editorial on the topic by James Turk, director of the Centre for Free Expression at Ryerson University, who wrote that the coming election will provide an "opportunity to reboot the federal government's controversial approach to science policy and research." On Saturday's edition of CBC Radio's science show Quirks & Quarks, representatives of the various federal parties are set to lock horns on the subject.

While the details of science policy may be too wonkish for most voters, opinion polls show that attitudes about science correlate with a broader set of core values and perceptions about the role of the federal government that are relevant in this election.

"The majority of Canadians are evidence-based when it comes to public policy," said pollster Nik Nanos, of Nanos Research.

For example, in a survey conducted earlier this year on behalf of the Canadian Journalists for Free Expression, Nanos found that 79 per cent of those sampled said that it is "very important" that scientists in government be able to speak publicly about their research.

The response suggests a widespread public sensitivity to complaints raised by journalists, research groups and public-sector unions that restrictive media policies introduced by the Conservative government have served to silence federal researchers on matters that are relevant to the broader public interest, such as climate change and the environment.

Research advocates have also voiced alarm at the degree to which science has been downsized within federal labs – most notoriously in 2012 when the government faced a storm of criticism for defunding the Experimental Lakes Area, a unique facility made up of dozens of small lakes in Northwestern Ontario where scientists can study the effects of various pollutants on entire ecosystems. (A rescue by provincial governments has allowed the facility to continue to operate in a scaled-down form.)

It was this 2012 decision that finally led Dr. Gibbs and others to organize a scientist-led demonstration on Parliament Hill. The event was an international attention-getter and it galvanized a community that was unaccustomed to being so outspoken.

The do-it-yourself approach to advocacy has become crucial for Canada's research community, which lacks well-established U.S.-style organizations that promote science, such as the American Association for the Advancement of Science, or policy watchdogs such as the Union of Concerned Scientists.

Now other groups are hoping to expand the conversation to include policies related to Canada's overall research effort. This is where the discussion becomes more nuanced. Mr. Harper can point to substantial investments his government has made in science. In some respects, science has fared better in recent federal budgets than other areas where cuts were deeper. At issue is whether the government's funding strategy places too much emphasis on commercial objectives over basic research and on big initiatives at the expense of individual researchers.

"I look around my floor and there are excellent researchers who have either lost their funding or they've had to downsize," said Kristin Baetz, a systems biologist at the University of Ottawa and president of the 1,200-member Canadian Society for Molecular Biosciences. This week the society launched a petition to increase broad support for basic discovery research in Canada.

"Our goal is to get these issues addressed by whoever will be forming the next government," she said.

Another approach is a recently released statement of principles from an initiative known as the Science Integrity Project. The two-year effort distilled input from scientists and policy experts as well as environmental and aboriginal stakeholders to create a set of guidelines for how scientific information should inform government decision-making. The principles place a premium on scientific rigour and transparency.

Darin Barney, a political scientist at McGill University who recently co-published a detailed critique of the "war on science" trope, said the project represents a useful step because it moves toward "a more reasonable discussion about what the role of scientific knowledge is in Canadian society."

But Mr. Nanos cautioned that, in practice, it's much harder to separate science from politics.

"These discussion about the importance of evidence-based policy-making crashes into the political reality of how governments are elected," he said.

He noted that voters who actively practise a religious faith and those who favour smaller government – two groups that are among the most likely to vote Conservative – are also less likely to favour an expanded role for science within government. 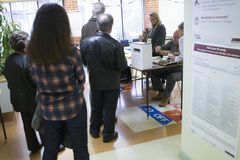 Mulcair appears to extend an olive branch to Trudeau
October 9, 2015 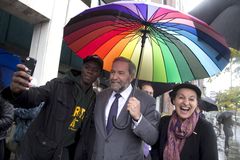 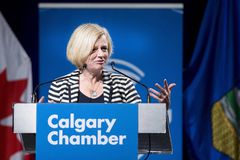