The signs of drought were everywhere, from shrivelled rivers and lakes in the American West to brittle brown lawns and parched farm crops in the Canadian Prairies.

Even the hardy, drought-tolerant pinyon pine forests of New Mexico turned grey as they withered and died, starved of water for far too long.

Anyone who weathered the stubborn dry spell that enveloped western North America from 2000 to 2004 knows it was harsh, but now a group of researchers has concluded it was the most severe drought in 800 years – bone-dry conditions that the scientists believe could become the "new norm" in this vital agricultural region.

"Projections indicate that drought events of this length and severity will be commonplace through the end of the 21st century," the group of 10 scientists from several American universities and the University of British Columbia wrote in a study published Sunday in the journal Nature Geoscience.

"Even worse, projections suggest that this drought will become the wet end of a drier hydroclimate period."

If so, a "megadrought" that severely cuts crop production could be on the horizon, the scientists warn. Many farmers now in the throes of an extreme drought in the U.S. Midwest that is devastating corn and soybean crops and threatening to send food prices soaring might concur, although it's not yet clear whether this dry spell is part of the broader trend, noted Beverly Law, a professor of global change biology at Oregon State University and a co-author of the study.

For their research, the scientists examined historical drought-severity data based on tree-ring analysis. While there have been many bouts of hot, dry weather in the West, they found the drought that accompanied the start of this century was unlike any since 1146 to 1151.

The 2000-04 drought severely affected soil moisture, river levels, crops, forests and grasslands. Runoff in the upper Colorado River basin was cut in half and crop productivity in 2,383 counties in the western United States declined 5 per cent. The drought also reduced the land's ability to sequester carbon dioxide, by 51 per cent on average in the western U.S., Canada and Mexico, the scientists found. As trees, plants and crops withered, more carbon dioxide was released into the atmosphere.

Although the drought was not as long or as severe in Canada, it still caused widespread economic damage.

An analysis by the Drought Research Initiative, a temporary program that pulled together Canadian university and government scientists, found that agricultural production dropped an estimated $3.6-billion in 2001 and 2002, while net farm income was zero in Alberta and negative in Saskatchewan in 2002. Facing widespread scarcity of feed and water, many livestock producers had to sell off some or all of their herd. And in parts of the Prairies, the soil was so dry it swirled up into a storm of dust, obscuring the sky and even contributing to some traffic crashes.

Long-time Saskatchewan farmer Don Connick counts himself lucky during that drought. He has a small herd of Hereford cattle and grows a variety of crops, including wheat, barley and alfalfa, on 1,600 acres in the Cypress Hills, near the boundary with Alberta.

His hay and barley crop yields were poor those years and farming was a struggle, but he had more water than others. The Cypress Hills sit at a higher elevation and generally get more precipitation and cooler temperatures than the surrounding area.

"We're in a micro-climate, I guess you can say," Mr. Connick said.

But he is worried about what lies ahead if droughts become more common and more widespread. He has his eye on the parched conditions ravaging the U.S. Midwest.

"The concern I have is that drought seems to be heading north," he said. "We've had some pretty significantly wet years in these last five or six years but we're not immune to drought here."

You don't have to remind Saskatchewan farmer Paul Heglund of that.

Mr. Heglund farms on 3,600 acres near Consul, southwest of the Cypress Hills. It's the same land his grandfather homesteaded 100 years ago and the region has always been drought-prone, so much so the blistering dry spell a decade ago doesn't even stick out in his mind.

Food producers here long ago adapted to farming with scant water, a reality more might soon have to confront. Mr. Heglund only seeds half his land each year to allow moisture to build in the soil.

"It's kind of second nature," he said of coping with drought conditions. "We don't even notice it as something particular." 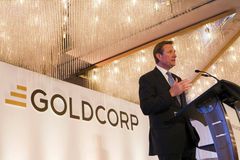 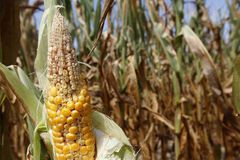