Scottish leader Alex Salmond passed up on the Parti Quebecois premier's offer to send him documents from the 1995 referendum while he prepares for his own independence plebiscite next year.

It was one of several signs during Ms. Marois' visit to Scotland on Tuesday of the pro-independence government there keeping hers at arm's length.

Ms. Marois had first laid out the idea in an interview with that region's The Herald newspaper. She had also told reporters, before leaving for Europe, that she would be glad to share advice with the Scots based on the PQ's own attempts at sovereignty.

"In the (Herald) interview I said, 'If Mr. Salmond wants to have the documents it will be my pleasure to transmit them,' " Ms. Marois told a news conference after their meeting Tuesday. She did not elaborate on what those documents were.

"We didn't debate it. So there will be no transmission. He did not ask me for them."

In fact, Scotland's leader didn't ask much of Ms. Marois.

He all but avoided being seen with her Tuesday.

Mr. Salmond did not attend a media event after the meeting; no news agency photographers were allowed in to photograph him with Ms. Marois; and his office played down the event. The Guardian newspaper quoted a Scottish civil servant saying, "The Quebecois are making more of this (than we are)."

A spokeswoman for Mr. Salmond, Aileen Easton, described it as a simple "courtesy" meeting and pointed out that Mr. Salmond had several similar ones also planned for Tuesday.

Ms. Marois blamed the protocol of the Scottish Parliament for Mr. Salmond not appearing in public with her there. However, there was nothing stopping him from holding a joint news conference with the Premier elsewhere, had he wanted.

Ms. Marois played down any apparent snub after what she called a "very productive meeting."

"That was the first meeting we had," she said. "During 45 minutes, we had the possibility to discuss many issues which are very interesting for us and for each party, for each government.

"We will have in the future shortly an agreement on some topics such as culture, economy, environmental issues and sustainable development."

A referendum on Scottish independence is set for the fall of 2014.

Two reasons might explain Mr. Salmond's no-show: he may not have wanted to alienate the Government of Canada, and he may not have been eager to be seen in public with the leader of a party that had lost its own independence votes, twice, in 1980 and 1995.

Speaking of the 1995 referendum, the topic came up when one Scottish nationalist parliamentarian did meet with the travelling media.

Linda Fabiani, the member of Parliament for East Kilbride, was asked about the 38-word question put to voters in the plebiscite over whether Quebec should leave Canada: "Do you accept that Quebec should become sovereign, after having formally offered Canada a new economic and political partnership, within the scope of the legislation on the future of Quebec and the agreement signed on June 12, 1995?"

That question has actually returned to the public discussion, with a debate in Canada's Parliament over the ground rules on Quebec independence and an NDP bill on the subject.

By way of comparison, the 10-word Scottish referendum question being proposed to the UK's electoral commission is: "Do you agree that Scotland should be an independent country?"

Recent polls place Scottish support for independence at no higher than 30 per cent.

Still, the UK commission has suggested that question is phrased in an unfair, "leading," way and should be shortened by replacing, "Do you agree that..." with "Should Scotland become..." That would leave Scotland's independence question at a mere six words.

In a possible reference to the referendum-question issue, Ms. Marois issued a statement that said she and Mr. Salmond agreed that the people of Quebec and Scotland have the exclusive right to determine their own future.

That reference was not actually part of the shorter, agreed-upon quote issued by the leaders. Their joint statement only referred to the leaders' determination to work on climate-change and renewable energy projects, and increase commercial ties.

But not to sovereignty.

Ms. Marois' Scotland visit was described as a "failure" by Francois Legault, the leader of the opposition party Coalition avenir Quebec.

The opposition Liberals said the premier should not have interfered in the Scotland-U.K. issues by offering up those unspecified documents. He warned that such behaviour could damage Quebec's commercial relationship with Britain.

Ms. Marois did meet with the Scottish Parliament's deputy speaker, as well as an Edinburgh festivals director and a Labour party parliamentarian.

Another Labour party member used Ms. Marois' visit to poke fun at her own rival, the first minister.

Patricia Ferguson, a pro-unity politician, said perhaps Mr. Salmond would rather not be associated with the PQ cause – which, she said, had as weak support as his own.

Perhaps, she said, Mr. Salmond feared the PQ's bad luck could rub off on him. 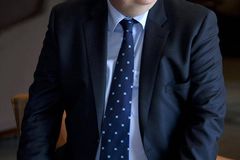 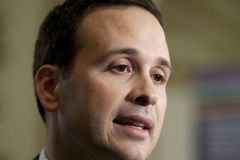 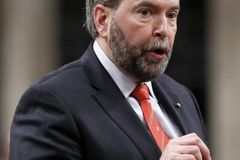