In a solemn six-minute video posted online Thursday, Scouts Canada offered a public apology to all former members who may have "suffered harm" at the hands of volunteer leaders in the past and announced a third-party review of its records relating to abuse.

"Our sincere efforts to prevent such crimes have not always succeeded. We are sorry for that," chief commissioner Steve Kent said in the video posted on YouTube.

"We are saddened at any resulting harm. Our most profound sympathies extend to all victims and to their families."

Mr. Kent's words came weeks after a report on CBC's Fifth Estate alleged Scouts Canada maintained a list of suspected pedophiles dating back at least to the mid-1980s and did not share it with authorities.

Scouts Canada repeatedly denied the allegation, saying any information on suspected pedophiles was shared with police.

Mr. Kent reiterated that position Thursday and said the organization wanted the public to have "complete confidence" that every record of abuse was handled properly and shared with police.

He said that's why the organization has asked KPMG's forensic group to conduct an arms-length review on all Scouts Canada leadership suspensions or terminations related to abuse. The results of the review will be made public some time next year.

"We will confirm the integrity of our process. We will ensure that no exceptions to our approach exists, even in historical examples," Mr. Kent said.

"Nothing is more important than the well-being of the children and youth with whom we work so closely and whose lives we seek to influence for the better."

CBC had also reported Scouts Canada had signed more than a dozen out-of-court confidentiality agreements with suspected victims of sexual abuse. The network said the agreements barred plaintiffs from disclosing terms of a financial settlement or even mentioning that such a settlement existed.

CBC cited court records in its report and said Scouts Canada has refused to disclose details about any of the settlements.

While Mr. Kent didn't shed any further light on the settlements Thursday, he said the intense media scrutiny sparked by the CBC report caused Scouts Canada to examine its child and protection policies and reflect on "past examples of wrongdoing."

Since the organization wants to ensure its policies continue to set "the highest possible standard," Mr. Kent said the head of the Child Welfare League of Canada has been asked to lead a panel of experts which will review of all Scouts' policies and procedures and make recommendations.

"We want to be certain we're taking every possible action now and in the future," said Mr. Kent, adding that the panels' findings would be shared with all other youth organizations in Canada.

"We want parents and the public to know that as an organization and as individual Scout leaders, we are committed to providing a safe and secure environment for their children."

Mr. Kent's statement, delivered as he stood against a white background in a red uniform, had been viewed nearly 300 times within two hours of being posted.

Some who commented on the video said they appreciated the sincerity of the organization in tackling the issue of abuse within its ranks.

"Thank you to Scouts Canada for recognizing the seriousness of this issue," said one viewer. "Sending all my best to the victims, and those affected in these cases." 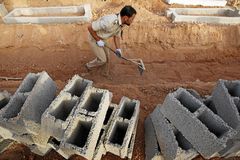