Ontario's cities have more power to shape their future. What are they going to do with it?

The province announced Tuesday that it will replace the infamous Ontario Municipal Board with a new, less powerful body called the Local Planning Appeal Tribunal. This has the potential to remake the way the province's cities – particularly Toronto – are planned.

For better or for worse.

The details of the reform aren't entirely clear, but the theme certainly is: the new body will defer more to local government. Rather than the current OMB, a quasi-court that involves well-paid lawyers and planners, the new body will work based on paper submissions. And it will only overrule municipal decisions if they don't match existing provincial policy or local plans.

In theory, this is an excellent idea. Local planners should have the freedom to plan a city, a neighbourhood or a block comprehensively. Most growth in Ontario is now "intensification," or adding to existing built-up areas; planners should be able to apply their vision to this complex work.

But planning is political. Even if planners have all the right answers – and they don't – they work for local elected officials, who are heavily influenced by local residents' groups. These are the people whose voices are loudest: citizens who own property, those who have spare time and those with a strong sense of their own status. (Just scan the news for controversies about towers in affluent North Toronto.)

In other words, local planning is shaped by boomers with connections and money. It's no accident that the proposed change will make them even more influential.

For now, the OMB provides an outlet valve, particularly in Toronto. Under the current system, the Board serves as a mediator between developers and city planners, and as a bogeyman that takes the pressure off local politicians. Councillors can throw up their hands if neighbours complain about a new building: What can they do, after all, when the OMB is sure to let the developers win?

The role of the board is often misunderstood. Rarely does the OMB permit a development where a city would have permitted nothing. Generally, it's a matter of size and density, and when you get to that level of detail, the definition of "good planning" is debatable.

The board has often unfairly taken the blame for municipal dysfunction, particularly in Toronto. In much of that city, there is a fundamental disconnect between the city's Official Plan – the big-picture vision about its future – and zoning, which specifies the details of what's allowed on a particular site.

Much of the zoning in high-demand areas is decades out of date, and everyone knows it, including planners, developers and landowners. The entire development business depends on the murky art of haggling for permission to rezone or to amend the Official Plan. To average citizens, this is confusing and infuriating. For developers, it's risky. For municipal officials it's time-consuming and frustrating.

The proposed changes would clarify all that. Cities will have to take final responsibility for the choices they make. And here is the problem: local politicians have few incentives to make the right choices. Almost nobody wants a bigger new building on their block and too many progressives still see the development industry as inherently evil, rather than as providers of necessary housing.

Yet: Ontario's urbanism needs radical change. It's still dominated by car-oriented suburbs, which are economically and environmentally unsustainable. If we care at all about mitigating the effects of climate change or about making it possible for people to get around in a reasonable way, what's needed is a dramatic shift toward denser housing and more development around transit. The changes of the past 20 years are nowhere near enough.

If municipal leaders understand that – and they will, if they listen to top planners – they'll respond. They will use their new powers to call for clear, specific plans that accommodate growth. Toronto Mayor John Tory will ask his planning department for a new zoning map that makes room for the city's projected 700,000 new residents between 2011 and 2041, in realistic configurations and in areas where people actually want to move. Councillors will tell their constituents that those new townhouses, or that apartment building, are necessary. They will back their staff planners and stand up to neighbours shouting too tall, too much.

Or else they'll pander to the house-rich; real estate will become even scarcer; and those who already own real estate will own the future. Time will tell – and perhaps some nudges from the province will make sure cities use their freedom in the right way.

Ontario Municipal Board reforms will stifle new housing: developers
May 16, 2017
OMB challenges to be barred within 500 metres of transit stations
May 12, 2017
Is the OMB a beast that should be slayed?
February 3, 2016 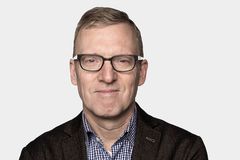