A Montreal mother whose son is missing in Peru said she won't give up until he's found, even though an elite Israeli search-and-rescue team she hired has failed to turn up any trace.

Alisa Clamen hired Magnus International Search and Rescue in November to search the rugged Peruvian terrain for any hints of her son Jesse Galganov, who disappeared in September while on a backpacking trip.

She said that after 35 days of unsuccessfully combing over every inch of the territory within several kilometres of her son's last known wheareabouts, the search-and-rescue team believes foul play was involved.

"If he had fallen into the water or off a cliff they would have found him, had he been there undisturbed," she said in a phone interview.

"Their hypothesis is there's been some intervention."

Clamen said nobody has heard from her son since two French hikers reported having camped with him on Sept. 30.

She said the team has been compiling lists and interviewing anyone who was on the trail at the time of her son's disappearance, as well as searching on foot and by air, using drones.

But so far, they haven't found a shred of physical evidence linked to her 22-year-old son, who was in Peru as part of a backpacking trip through South America and Southeast Asia that was scheduled to end next May.

Clamen said she's still holding out hope that her son is alive, although after more than three months missing she's prepared for the worst.

Whatever the outcome, she said she'll never give up until she finds out what happened to her son.

"I have to be realistic and I have to keep looking for him no matter the result," she said.

"And if something happened and he's out there and not alive, I still have to bring him home."

Clamen said the last few months have been "hellish and exhausting" as she lives what she said is every mother's worst nightmare.

Earlier in December, she was horrified when her son's Facebook page was temporarily changed to a memorial page, which occurs after someone has died.

She said she's grateful to everyone who has sent messages of support or contributed financially to the "incredibly costly" search for her son.

And despite the disappointing results so far, Clamen said she's confident the search team will figure out what happened to him.

She said that after spending the last two weeks analyzing data, the company will be returning to Peru in the new year for the next phase of the search.

"He's out there, and somebody knows where he is and what happened to him," she said. 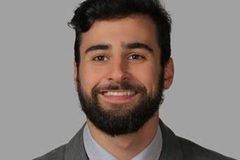