There's little doubt racism was behind a young man's decision to burn a cross in front of the home of an interracial couple, a Nova Scotia judge declared Tuesday as he convicted Nathan Rehberg of publicly inciting hatred.

The guilty verdict, handed down in Nova Scotia's Supreme Court in Kentville, marked the second time in less than a month that the high court has registered a hate crime conviction - a legal rarity in Canada.

Supreme Court Justice John Murphy said he accepted the Crown's submission that on Feb. 21, just after midnight, Nathan Rehberg used a lighter to set fire to a 2.5-metre wooden cross, doused with some type of accelerant.

Justice Murphy said testimony from Justin Rehberg, 20, confirmed Nathan had built the cross and later dragged it to the nearby home of Shayne Howe, who is black, and Michelle Lyon, who is white.

The judge said he also accepted the testimony of Mr. Howe's 18-year-old stepdaughter, Ashley, who told the court she saw the flaming cross and heard someone yelling racist slurs from the darkness.

"The incident engendered fear ... and I'm satisfied that (the fear) was reasonable," justice Murphy said in his ruling.

He said the circumstances "give rise to the inevitable inference that racism was involved."

The judge also convicted the 21-year-old of criminal harassment, saying his actions left the teen and her parents "appalled and terrified."

At the time, there were four other children in the home - one of them only two years old - but the judge said it wasn't clear whether they could comprehend what was going on.

It didn't matter that physical evidence in the case, including the cross itself, was thrown in the garbage by police, justice Murphy said.

The judge said discrepancies over how long the cross burned and whether there was a noose on it were also irrelevant to the case.

Nathan Rehberg had pleaded not guilty to the two charges during his two-day, judge-only trial. Charges of uttering threats and mischief were dropped.

Immediately after justice Murphy delivered his ruling, Mr. Rehberg walked out of the courtroom, stopping briefly to talk to reporters about his pending sentencing.

"I'm nervous about what I'm going to get, but whatever it is, I deserve it," said Mr. Rehberg, a slight man with a scruffy beard, dressed in a dark hoodie and black jeans.

"I did the crimes so I got to do the time. It wasn't a racist act, but there was a lot of evidence to make it look like it was. I'm sorry if it was ... I'm going to be a man and face the consequences."

Earlier, Nathan Rehberg said the cross burning was retaliation for comments Ms. Lyon had made, apparently alleging that the two men had a sexually transmitted disease.

Outside the courtroom, Mr. Howe said he was relieved the two trials were over.

"There's no reason to have hate against anybody," he said. "We are who we are."

Ms. Lyon said she was also pleased with the ruling, but she added that she and her family intend to move to another community.

"We've made that decision and that's final," she said.

Nathan Rehberg will be sentenced Jan. 10.

His brother, who pleaded guilty to criminal harassment, will be sentenced Dec. 14 on that and the charge of inciting hatred.

Nathan Rehberg's lawyer, Luke Craggs, had argued that the case against his client was weak because of inconsistent testimony, a lack of physical evidence and poor preparation by police and the Crown - arguments justice Murphy dismissed.

"There are problems getting a clear and consistent picture of what happened," Mr. Craggs said. "This is a textbook example of how not to preserve evidence and witness testimony."

Mr. Craggs said Mr. Howe testified that the cross burned for about 20 minutes, but that evidence contradicted the statement he gave police. At the time, Mr. Howe said the flames disappeared after five minutes, court heard.

As well, Mr. Craggs said the rope Mr. Howe described was never found and the cross was thrown out by police.

"The cross is the centrepiece of this whole investigation and prosecution, but it was thrown in a dumpster," Mr. Craggs said. "The circumstances are a mess."

While the defence lawyer conceded that a burning cross is a symbol of racial hatred, he said the facts of this particular case do not fit the offence of publicly inciting hatred.

He said the law implies that an offence occurs only when an accused provokes a group to spread hate. In this case, the cross burning was directed at the occupants of Mr. Howe's house, hardly a group that would be receptive to a cross burning, Mr. Craggs said.

Mr. Craggs said Mr. Rehberg's decision to build and burn the cross may have inspired fear, but not hatred.

Afterwards, Mr. Craggs was asked about a possible appeal.

"It's really the first case of this nature that I'm aware of in Canada," he said outside the courtroom. "It's certainly more likely than other cases to be appealed." 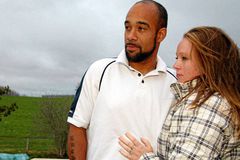 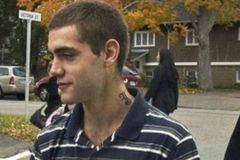 Pleas delayed until April in N.S. cross-burning case
March 12, 2010
Follow us on Twitter @globeandmail Opens in a new window
Report an error
Due to technical reasons, we have temporarily removed commenting from our articles. We hope to have this fixed soon. Thank you for your patience. If you are looking to give feedback on our new site, please send it along to feedback@globeandmail.com. If you want to write a letter to the editor, please forward to letters@globeandmail.com.
Comments are closed