The second trial for a former Quebec cardiologist charged with first-degree murder in the deaths of his two children began Monday with the critical task of selecting a jury to hear the case.

Guy Turcotte's story riveted Quebecers for weeks in 2011 as a lengthy trial heard how the popular doctor in a town north of Montreal came to be charged in the 2009 deaths of Olivier, 5, and Anne-Sophie, 3.

The case will be heard before Quebec Superior Court Justice Andre Vincent, with three months set aside for the jury to hear witnesses and final arguments.

The Quebec Court of Appeal ruled in 2013 that Turcotte should stand trial again after concluding the trial judge had erred in his directives to the jury.

The Supreme Court of Canada refused to hear Turcotte's attempt to have the new case dismissed.

Turcotte, 43, was sombre and impassive as he sat in the prisoner's box Monday, closing his eyes briefly when the judge said he was "accused of having killed his two young children."

Out on bail since December, Turcotte moved slowly as he navigated the corridors at the courthouse, accompanied by his parents as about 25 journalists and cameramen watched on.

The task of selecting a dozen jurors from a list of 1,650 candidates could take about two weeks.

Potential jury candidates seeking exemptions began making their submissions to the judge on Monday, with Vincent underlining the importance of potential jurors.

"The judge and jury are a team," he said. "And you must not make a decision without having heard the entire evidence."

The 12 people who are finally chosen won't be sequestered during the trial, except when they deliberate at the very end. 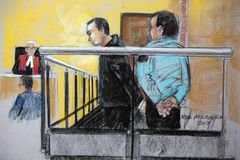 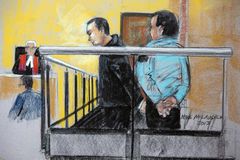