As Ottawa moves closer to releasing a new Canada's Food Guide, the federal department responsible for promoting agriculture has been lobbying Health Canada to soften its language on limiting red meat and dairy, The Globe and Mail has learned.

Early next year, Health Canada is expected to release an updated guide, and so far, dietitians and physicians have applauded signs that the government intends to encourage plant-based foods, while de-emphasizing the need for red meat and dairy. Publicly, Health Canada has also emphasized the need for transparency around the process, including banning meetings with food industry lobbyists.

Read also: Inside the big revamp of Canada's Food Guide

But e-mails and materials obtained by The Globe through Access to Information legislation show that government officials at Agriculture and Agri-Food Canada (AAFC), have been lobbying their colleagues at Health Canada on the industry's behalf, after an invitation to submit input. Materials from the last food guide revision from 2007, meanwhile, appear to show that such lobbying efforts have been successful in the past.

"Messages that encourage a shift toward plant-based sources of protein would have negative implications for the meat and dairy industries," AAFC officials wrote in an internal memo marked "secret" and dated June, 2017. "Changes to the way in which foods are represented in the national food guide will have a significant influence on consumer demand for food."

The memos outline a variety of AAFC efforts to influence Health Canada – including at least one written submission and multiple meetings over the course of at least a year.

Together, the documents highlight the minefield that Health Canada are having to navigate in creating a new food guide that balances new research on issues such as obesity and diet-related chronic disease, while taking into account competing government priorities. The 2017 federal budget, for example, specifically identified the agriculture industry as a priority for economic growth. "It will be important for the two departments to maintain a whole-of-government perspective on all food-related policy," one AAFC memo says.

In an e-mailed statement, an AAFC spokesman did not address specific questions about whether its staff had lobbied Health Canada. On the food guide, the department said, "the AAFC is working collaboratively with its government colleagues to ensure policy recommendations are developed using current science-based evidence, as well as valuable input received from Canadians and stakeholders." The department also referenced its ongoing work in creating a national food policy, which is expected to include discussion of health and nutrition.

Seventy-five years after its launch, Canada's Food Guide has become the government's second-most requested document (behind income tax forms), and one of its most influential. It is widely distributed by dietitians and doctors, and used by institutions such as schools and hospitals to create meal plans. For several years now, Health Canada has been working on what many describe as a long-overdue revision – the first update in a decade.

The current guide, based on four food groups, includes what critics have long described as outdated advice, such as recommending juice as a serving of vegetables and fruit. It also recommends for adults two servings daily of each "milk and alternatives," and "meat and alternatives."

Earlier this year, Health Canada released its mission statement for a new guide, signalling a major revamp. The "guiding principles" make no mention of meat or dairy as regular food groups – and may do away with food groups altogether. Instead, it advises "a shift towards more plant-based foods" and recommends less red meat, and limiting "some meats and many cheeses" high in saturated fat.

But the e-mails and briefing notes describe AAFC's efforts to convince Health Canada officials into adopting "a more neutral tone."

"While the report includes some positive messages (e.g., choose…), there seems to be an underlying negative tone (e.g., avoid/limit, undermining, eroding)," AAFC staff wrote in its formal submission. They go on to urge Health Canada to adopt more "positive or neutral messaging."

The AAFC also took issue with messages saying that plant-based diets are more sustainable, using as evidence a briefing note on efforts made by the domestic beef sector to move toward greener practices.

"Furthermore, it is important that any messages on environmental impact and sustainability do not undermine social licence/public trust in the food supply," they wrote.

At another point, AAFC staffers expressed concerns that encouraging consumers to avoid processed foods high in sodium, sugar or saturated fat "could imply that all processed foods should be avoided."

It's not yet clear what effect, if any, the AAFC's pressure on Health Canada will have on the resulting document.

In an interview with The Globe earlier this year about balancing the needs of competing government mandates, Hasan Hutchinson, director-general of the Office of Nutrition Policy and Promotion at Health Canada, said that health is the guide's ultimate priority. "If we've got the strong evidence for health, that's my mandate. That's where we go," he said.

In an e-mailed statement, a Health Canada spokesperson reiterated this.

"Revisions to Canada's Food Guide will be guided by the best available evidence to support the health of Canadians," the statement read. "Final decisions will rest with Health Canada."

The statement also emphasized its commitment to transparency, saying that while feedback is encouraged from government colleagues as well as outside groups, "we must ensure that the development of dietary guidance for Canadians is free from even the appearance of conflict of interest." Still, similar efforts by AAFC have had success in the past.

Correspondence leading up to the last food guide revision in 2007 – also obtained by The Globe through Access to Information legislation – show that Health Canada did make revisions after the AAFC expressed concerns that time around.

In the years leading up to the 2007 revision, AAFC officials outlined in dozens of pages of e-mails across several months their concerns with Health Canada's advice for consumers to "choose local or regional foods when available."

Both the AAFC and the Canadian Food Inspection Agency argued that such advice fell outside of Health Canada's mandate. "The food guide is about nutritious eating, not the environment," one AAFC staffer wrote.

Even the food guide's most ardent critics acknowledge the challenges Health Canada faces. "They are in an impossible situation," said Yoni Freedhoff, an assistant professor of family medicine at the University of Ottawa and an outspoken critic of the guide. "[Health Canada] is not simply an arms-length organization that gets to make decisions expeditiously to ensure the best health of Canadians. It also has to take into account politics, history, re-elections, and so-forth."

Nick Saul, the president of the Community Food Centres Canada (CFCC), has over the past months participated in Health Canada's public consultation process on the guide, and called it "completely dispiriting" to learn that other government bodies are potentially influencing the process behind closed doors.

"I think first and foremost our government should be looking out for the public and its citizens," he said. "I understand why there's a fierce lobby around these issues, and I think the government has to be pay attention to that, but not be in any way under its thumb."

Meantime, organizations such as the CFCC and others are doing their best to encourage Health Canada to resist lobbying. "I hope Health Canada pushes back [against the AAFC] and says 'we need this for our citizens.' But we will see," he said.

"It's a battle. This is contested terrain, and the other side is trying too." 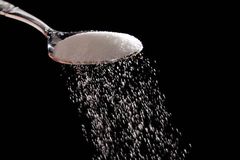 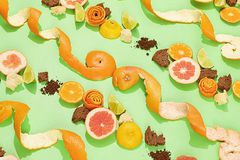