Maygan Sensenberger, wife of Liberal Senator Rod Zimmer, is no longer accused of endangering an airplane's safety because prosecutors say they don't have enough evidence to pursue that offence.

Last Thursday, Saskatoon police met an Air Canada flight when it landed at the city's airport, having received a call from crew about a disruptive passenger. Police say Ms. Sensenberger and Mr. Zimmer were embroiled in an argument that began shortly after the plane took off and escalated in tone and volume until Ms. Sensenberger allegedly threatened to kill her husband and take down the plane.

The two charges Ms. Sensenberger now faces make no mention of that flight: The airborne setting isn't an essential element of her alleged offences.

In the meantime, the story has made headlines from Britain to Indonesia.

"This situation seems to have stemmed from a domestic dispute," Prosecutor Matthew Miazga said in an interview. "And I think it's put the people in a very bad situation because of the amount of public attention it's attracted."

The 23-year-old appeared in Saskatoon's domestic-violence court Tuesday. She now is charged with uttering a death threat and causing a disturbance in public "by fighting, screaming, shouting or swearing."

The charge of endangering an aircraft is an indictable offence under the Criminal Code, and can carry a sentence of life imprisonment. Threatening death, on the other hand, can be either a summary or indictable offence. The maximum prison term is five years.

Police say Ms. Sensenberger became increasingly aggressive during an argument with her husband, culminating in her threatening to kill him and take the plane down.

But Mr. Zimmer's brother and some of those on the plane saw things play out differently: Ms. Sensenberger was just worried for her 69-year-old husband, who complained of tightness in his chest early in the flight.

The two were married last year and were going to spend their first anniversary with Mr. Zimmer's older brother, Wayne Zimmer, who has a farm house in the area.

Ms. Sensenberger spent the weekend in jail, released Monday on the condition she not contact her husband. She spent Monday night in a hotel.

"It just shows you how things can get blown out of proportion. My god," he said. "[Rod Zimmer] started getting a tightening in his chest and she said, you know, 'I'm concerned about you' and that was it." 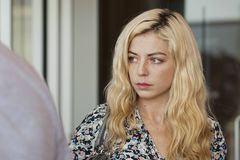 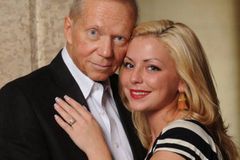