Two men found guilty of eight terrorism charges after being accused of plotting to derail a train between Canada and the U.S. aren't likely to be sentenced before July, a Toronto court heard Friday.

Raed Jaser and Chiheb Esseghaier were found guilty in March of a terror-related conspiracy to commit murder, which carries a sentence of up to life in prison. The jury also found the men guilty of six other terror-related charges between them.

As the sentencing phase of their legal proceedings began, Jaser's lawyer said he had recruited a mental-health expert to conduct an assessment of his client, and noted he might have some legal issues to raise before the court in the coming weeks.

"We're looking somewhat creatively at some of the legal issues that may appear in sentencing," John Norris said. "We've retained an expert to prepare an assessment of Mr. Jaser."

The case was put over until May 13, at which point Norris said he could advise the court on when his expert's report would be completed.

Depending on what is in the report, Crown prosecutors might call their own expert if necessary, Crown lawyer Sarah Shaikh noted.

Justice Michael Code, who has been presiding over the case, urged all sides to move as expeditiously as possible and asked lawyers to reserve the week of July 13 for possible sentencing in the case.

"Sentencing should fall reasonably soon after the verdict," he said. "I don't like this delay."

Code also dismissed a suggestion from Norris that Jaser and Esseghaier be dealt with separately for sentencing.

"I'm strongly of the view they should be kept together," he said.

Esseghaier, who represented himself at trial and did not defend himself because he opposes the Criminal Code, is determined not to participate in his sentencing either.

"Regarding the matter of sentencing me, I am not concerned about that," the Tunisian national said in court. "The process of sentencing is conducted under the Canadian laws and not under the laws of God which are contained in the Holy Koran."

Esseghaier noted that he only agreed to speak with an officer preparing a pre-sentencing report because he wanted to "invite people to God."

"That's why I am in the courtroom, because I want to invite people," he said. "There is not a contradiction in my behaviour."

Jaser and Esseghaier's trial, which began Feb. 2, heard that an undercover FBI agent gained the men's trust and secretly recorded hours of their conversations, which made up the bulk of evidence in the case.

The pair were heard musing about alleged terror plots which could be carried out in retaliation for Canadian military action in Muslim lands, and court heard specifically about the alleged train derailment plot.

Jaser's lawyer argued, however, that his client was only feigning interest in the alleged terror plot as part of an elaborate con to extract money from Esseghaier and the undercover agent.

Crown prosecutors had argued that there was "overwhelming evidence" in the case to find both Jaser and Esseghaier guilty of all charges.

Jurors struggled with one charge against Jaser though, remaining deadlocked on the offence of a terrorism-related conspiracy to damage transportation property – in this case, a railway bridge.

Esseghaier, 32, was found guilty on that charge, but jurors could not agree on a verdict on the same charge against 37-year-old Jaser. As a result, a mistrial was declared on that specific charge for Jaser.

Both accused found guilty in Via terror plot
March 20, 2015 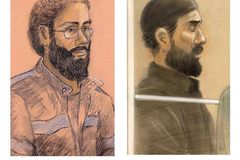 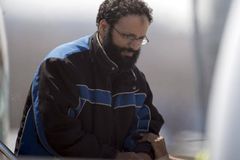 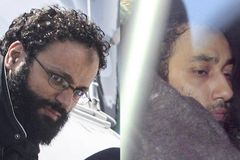