Each day, for the opening and the closing of the House of Commons, Kevin Vickers travels the centre aisle, wearing the outdated black robes of the sergeant-at-arms, carrying the parliamentary mace upon his shoulder and the ceremonial sword swinging at his side – a throwback to tradition few Canadians ever see.

But Wednesday, with the whole country watching, the 58-year-old RCMP veteran became a modern-day hero. According to reports, he grabbed a gun from his office, and shot a gunman who had stormed into Centre Block. On Twitter, cabinet ministers and MPs were crediting Mr. Vickers, 58, with "saving their lives."

"His role may look ceremonial, even something like an anachronism," said Green Party Leader Elizabeth May, who has known Mr. Vickers for years. "[But] he is always on the lookout. He thinks about security with a 360-degree antenna. If there is anyone you want with you when there is trouble around, it would be Kevin Vickers."

That's his job – to safeguard the House, and oversee security on Parliament. During Question Period, he sits by the main doors, monitoring the public galleries in the balconies above with television screens on his desk. His office is just about six metres down the hall from the Parliamentary Library, near where the gunman was said to have been killed yesterday.

But then, Mr. Vickers, the son of a nurse and a dairy farm manager from Miramichi, N.B., has spent his policing career in the midst of the action, holding a number of prominent posts during his 29 years with the RCMP. In 1998, he led the criminal investigation into the safety of Canada's blood supply. Three years later, he was in charge of defusing tensions between native and non-native lobster fishermen in Burnt Church, near his hometown. He has guarded dignitaries, investigated homicides and, in 2005, while based in Calgary, he spoke passionately before a parliamentary committee about the plight of underage prostitutes.

"I used to call him super cop, he always seemed the best at everything," younger brother, John Vickers said Wednesday, reporting that his mother had heard briefly from his brother that he was "okay."

In his time as sergeant-at-arms, a role he took in 2005, he has also been vocal about finding the proper balance between security and public access, dignitaries and regular Canadians, holding to his promise, when he was took the post, that "there would be no wall built" around Canada's Parliament.

One account, told in a recent paper published in the Journal of Canadian Studies, describes how Mr. Vickers denied a request from high-ranking political staff who wanted to use the Hall of Honour for a press conference – a move that would have prevented a tour planned by students from Saskatchewan. "The kids from Moose Jaw," he told the researcher, Anne Dance, "who saved their pennies all year must have the tour that they deserve."

He has also defended minority rights, particularly in 2011, when he ensured kirpans, the Sikh ceremonial dagger, would be allowed on the Hill. "As we go forward we should ask ourselves what Canada should be when it grows up," he told The Globe at the time. "What are the core values of Canada, what makes up the soul and heart of our nation."

Dr. Dance, a postdoctoral fellow at Memorial University of Newfoundland, writes in the paper that Mr. Vickers has approached his job always considering the relationship that must be maintained between Canadians and the Parliament Buildings.

"It's fundamental to democracy that citizens have access to their place, their building. This is a House of Commons and it's for the commoners."

Something to remember, Mr. Vickers might argue, especially on a grim day such as this, when an attack on that place risks closing doors that once stood open.

Editor's Note: The original newspaper version of this article and an earlier online version contained an incorrect spelling for Dr. Anne Dance. This online version has been corrected. 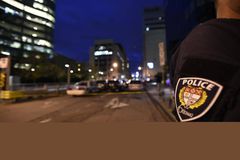 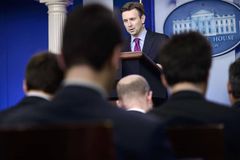 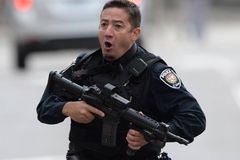