A settlement has been reached in a lawsuit that alleged a former spokesman for the RCMP sexually harassed a colleague.

A former civilian employee filed the lawsuit in 2014, alleging in court documents that Tim Shields physically and verbally harassed and assaulted her, and that the RCMP did not provide her with a safe work environment.

The documents allege that Shields tried to undress the woman, exposed himself to her and sent text messages saying he wanted a sexual relationship.

Shields denied the allegations in court documents and said it was the woman who initiated and pursued an intimate relationship.

Both the RCMP and the woman's lawyer confirm a settlement has been reached, but a confidentiality clause prevents details from being released.

A lawyer for Shields could not be reached for comment.

The lawsuit is one of two civil cases against Shields that allege sexual harassment.

The second civil suit is scheduled to go to trial in June 2018 and Shields has denied allegations of sexual harassment in that case.

He was also charged with one count of sexual assault last May for conduct that allegedly occurred at RCMP headquarters in B.C. between 2009 and 2010 involving a civilian employee.

The allegation has not been tested in court. The case is due back in provincial court for trial on May 30.

Shields' lawyer said during a court appearance last June that his client intends to plead not guilty.

Shields was suspended with pay in May 2015 and submitted his resignation in December.

RCMP officer charged with sexual assault in ‘disturbing’ case
May 10, 2016 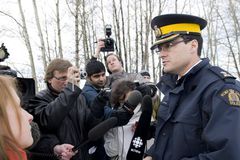 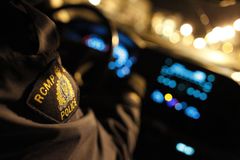 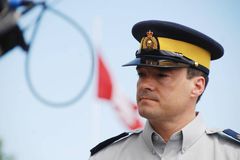