It was supposed to be one of the few perks in a tough-times federal budget: tax breaks for some of the things Canadians like to do best.

But at gun clubs in western Canada, competitive shooters were scratching their heads after Ottawa announced it would drop tariffs on clay pigeons, a product that sails across the border today unburdened by import duties.

"It's sort of like a gift of something we already have," said Robert Gruszecki, president of the Alberta Hunter Education Instructors Association, which runs the Calgary Firearms Centre. That centre will import more than a million clay targets this year alone.

According to the man who supplies the firearms centre, tariffs on clay pigeons vanished a long time ago.

"There hasn't been any duty on clay targets since the early '90s when NAFTA came in," said Tom Ferguson, the western Canadian distributor for White Flyer Targets, a U.S. manufacturer of clay pigeons favoured by gun clubs.

"What I pay for targets is the same thing as a distributor in the United States pays for targets," he said. Not that he's opposed to a little break if he can get it: "I have to pay GST, and if you can find a way out of that, I'd be glad to hear it."

Canadian customs guidelines list a 2.5-per-cent tariff on clay pigeons, curling stones and hockey sticks. But those don't apply to clay pigeons imported from the United States, Mr. Ferguson said. They may apply to imports from Europe, but those are virtually non-existent. Much of the cost of clay pigeons is transport, and it's cheaper to haul inside North America than from across the Atlantic.

The fact that clay pigeons would merit mention in a federal budget with a $25.9-billion deficit came as a surprise to Mr. Ferguson.

"It baffles me. It's got to be such a small portion of the economy," he said. "Why would they even put it in the budget? It's not budget-worthy."

Not, he added, "that I disagree with the Conservative government, by the way."

Clay pigeons are not actually made of clay. There are two types, one made from asphalt and lime, and another made from a biodegradable material designed to break down after two years of normal rainfall.

The budget proposes to eliminate tariffs on a wide array of sporting equipment, including golf clubs, water skis, snowboard boots and ping-pong equipment. Archery supplies also made the list.

Oddly, however, Canada has a price advantage on guns, ammunition and archery gear. In the United States, the Pittman-Robertson Federal Aid in Wildlife Restoration Act adds a 10-per-cent tax to handguns and 11 per cent to firearms, ammunition and archery supplies. That money is dedicated to conservation, educating hunters, and the development and management of gun and archery ranges. But it is not applied to shooting equipment exported to Canada.

Ottawa bets big on rebounding economy to slay deficit
May 11, 2018

Budget 2013: Don’t spit tobacco, get off your butt and shoot clay pigeons instead
June 19, 2017
Tariffs raised on imports from 70 countries – but dropped for sports equipment and baby clothes
May 11, 2018 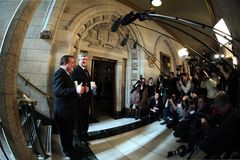 Surprise tariff hike on imported goods – but a budget break for hockey moms and dads
May 11, 2018 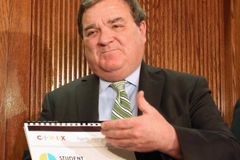