Next week, a group of businessmen and a podiatrist will unveil, at the Hockey Hall of Fame, what has been dubbed a "revolutionary" step in the protection of athletes' heads – the noggin, a form-fitting black skull cap outfitted with cushioning gel packs that athletes can wear under their helmets.

Already, the Toronto Nationals and Toronto Royals minor hockey clubs have ordered enough noggins for their more than 1,000 players, all between the ages of nine and 17. Investors in the noggin say they have signed celebrity athletes to endorse the product, including NHL legend Wendel Clark. The inventor, a former Toronto Blue Jays athletic trainer turned manufacturing executive named Armando Pagliari, said he is receiving phone calls from across the country from store owners interested in selling his device.

But one word not likely to be uttered at Tuesday's press conference is "concussion" – even though the company previously claimed in promotional material that wearing the $29 polyester and spandex cap under a helmet "significantly reduces the chance of concussions and mild traumatic brain injuries."

The noggin, some neurologists and biomechanical engineers say, is the latest example of an overhyped attempt to solve hockey's concussion epidemic with protective equipment – a trend preying on parents' worst fears.

At a United States Senate hearing in October, neurologist Jeffrey Kutcher summed up the limits of equipment: "The simple truth is that no current helmet, mouth guard, headband or other piece of equipment can significantly prevent concussions from occurring."

And up until this week, the noggin presented itself as a concussion-reducing device, claiming in a press release that certified helmets "do not stand alone to protect against concussions." But the company has backed away from such claims after inquiries were made from leading concussion researchers and Globe and Mail reporters.

Glenn Copeland, the chief medical officer for the noggin and a podiatrist to the Toronto Blue Jays, said the inaccurate marketing was a result of "overly enthusiastic" staffers who misinterpreted tests. The noggin was tested for its effect on what's known as peak linear acceleration at a laboratory in New York and the results suggested, when wearing a noggin under a hockey helmet, that the impact of a blow could be reduced substantially.

The only problem, concussion experts pointed out, is that peak linear acceleration says very little about how your brain moves around in your skull, which is what causes a concussion. "[Peak linear acceleration]has nothing to do with concussion; it has to do with protecting the skull," said Pat Bishop, a PhD in kinesiology and chair of the Canadian Standards Association's technical committee on equipment for ice hockey.

The only test that offers a better sense of when a concussion has taken place is one that measures peak angular acceleration, which tries to take into account the three-dimensional aspects of a brain injury. One of the only places the cutting-edge test is performed is at the University of Ottawa. The noggin was put through some preliminary tests there by one of Canada's leading concussion researchers, Blaine Hoshizaki.

The testing was too limited to be considered scientifically significant, and Prof. Hoshizaki said he warned the company not to publish the results. But company officials posted the test results on their website – and Prof. Hoshizaki said the company excluded results that showed a black tuque from Banana Republic sometimes performed better than the noggin under an Alpine ski helmet. (The company has since pulled Prof. Hoshizaki's test results from its site.) The company has a medical advisory committee, but on Friday the only neurologist on the committee, Allan Gordon, removed himself, Mr. Copeland said.

Regardless, the noggin's inventor says it fills an important gap where less advanced – and less expensive – helmets fail to protect young athletes.

"No trainer, no parent, should have a kid wear a helmet without this $25 product under your hat," he said. "Why would you take that chance for an impact to the head?"

Canadians open to changes that would make hockey safer
May 24, 2012 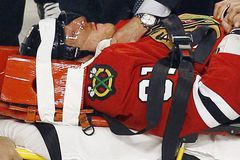 Suspensions have ruled the NHL playoffs
May 23, 2012 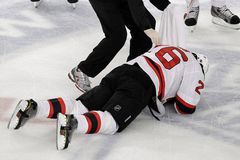 Krysten Boogaard inspired by brother as she aims for Olympics
May 17, 2012 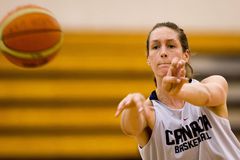 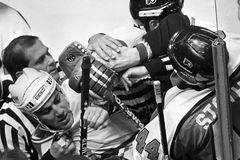 Age and sex factors in effects of brain injury, concussion, study says
May 11, 2012 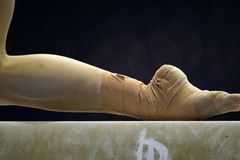 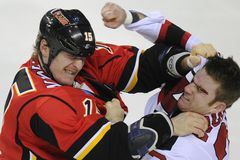 Follow Greg McArthur,  on Twitter @McarthurGreg
Report an error Editorial code of conduct
Due to technical reasons, we have temporarily removed commenting from our articles. We hope to have this fixed soon. Thank you for your patience. If you are looking to give feedback on our new site, please send it along to feedback@globeandmail.com. If you want to write a letter to the editor, please forward to letters@globeandmail.com.
Comments