A couple of years ago Saskatchewan Sergeant Dave Domoney had a Eureka moment. Why do the Mounties only investigate car crashes from the ground, he wondered, when they ought to be getting a bird's-eye view too?

Helicopters collect evidence in some car-crash cases, but the RCMP collision-cop seized had a faster, cheaper, and more portable alternative in mind – namely "Micro-UAVs," or the stripped-down commercial cousins of the "unmanned aerial vehicles" pioneered by the military.

Sgt. Domoney lobbied his police bosses to try out a few of the flying machines in the past year or so. Some were small enough to fit in a backpack. And while he had not so much as flown a model airplane before, he quickly discovered that he and his fellow Mounties could easily manoeuvre UAVs above crash sites and pick up on tire tracks and trajectories they might otherwise miss.

"I wish we had this capability 20 years ago," he says. "It's just really opened my eyes."

The RCMP now uses 14 UAVs nationwide. Several smaller forces in Canada have their own machines too. The numbers are poised to grow – detectives in homicide and missing-persons cases want to use the machines to advance their own investigations. Last week,Sgt. Domoney visited Ottawa to gauge the interest of his police bosses in acquiring more.

It's not just the cops who are discovering UAVs. Federal regulators in Canada have quietly approved about 300 "special flight operations certificates" for commercial-use during the past five years. Costing anywhere from a few thousand to a few hundred thousand dollars, these machines cart fancy cameras into the air to capture what's invisible to the naked eye – high-resolution images, heat signatures, even chemical emissions.

Canada's relatively relaxed flying regulations, experts say, mean that people here glomming onto UAVs faster than their American counterparts. As police, fire fighters and border guards try out the machines, corporations have long been using them to keep an eye on farms, pipelines, power lines, and oil and gas projects.

A range of restrictions dictate just who gets to fly the machines, where, and for how long. For example, flying "over or within a built-up area of a city or town," and "noise-sensitive areas" – such as churches, hospitals, parks schools, are generally forbidden by Transport Canada, the federal regulator.

Soldiers posted overseas in the last decade have long been aware of the awesome capabilities of UAVs. Known as drones in their wartime, they've played crucial roles in the Afghanistan and Iraq wars. Just last month, President Barack Obama finally acknowledged America's worst-kept state secret – the United States routinely fires missiles from UAVs to kill alleged al-Qaeda members in countries where Washington is not at war.

Though now entering an austerity age, the Pentagon thinks drones are the future – it is ratcheting up the billions it spends each year on developing bigger, better machines. But civilian engineers also figure there will be a boom in peacetime. Seizing upon advancements in computing and battery power, they have shrunk down UAVs to their essential elements, to better market them to the masses.

"I don't want to destroy things, I want to spy on things, count things and so on," says David Bird of McGill University, a researcher who has been using UAVs to study birds of prey.

The aptly named wildlife-biology professor says UAVs have given him big-picture perspectives on migration patterns and some sharp insights into what's going on in bird nests. "It's brand new really exciting stuff," he says.

Some glitches remain, he concedes. "The fact is, these things crash and burn," he says, adding that one of his students managed to mangle a machine by hitting "the only pole on the whole goddammned island" where his research team was trying to watch wildlife.

He prefers cheap machines to expensive ones and says that people uninitiated to UAV research are quick to assume that scientists who have them have sinister motives. "I say 'drone airplanes' and they say 'Oh those planes that kill people in Leonardo diCaprio movies...'," says Dr. Bird.

Canadian police bristle at usage of the D-word. "We don't refer to them as drones, ," says Sgt. Domoney, who says he considers that to be a dumb name for some smart machines. He stresses that UAVs are hardly the advent of Big Brother – even if some people suspect they might be. "People's worst fear is we're purchasing them to do surveillance. We are not doing that," he says. "It allows us to see things from the air we couldn't see from the ground. It provides better pictures to court."

Narrowly gathering evidence versus conducting widespread surveillance is an important distinction. Because the RCMP is governed by the Privacy Act, doing the latter would trigger reviews that could circumscribe the Mounties' growing use of the machines.

"Up until now, we have not been approached by any department or agency to review a privacy impact assessment tied to a program in which this technology would be deployed for surveillance activities," said Scott Hutchinson, a spokesman for the Privacy Commissioner of Canada, in response to Globe questions. "If such a program were to be piloted or implemented, we would expect to receive a privacy impact assessment in order to help determine the kind of personal information which would be recorded, the purposes of its use, and possible risks to privacy." 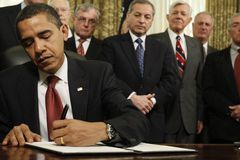 ANALYSIS
Obama's 'hearts and minds' effort hurt by surfacing of 'deplorable' video
January 12, 2012
Follow Colin Freeze on Twitter @colinfreeze
Report an error Editorial code of conduct
Due to technical reasons, we have temporarily removed commenting from our articles. We hope to have this fixed soon. Thank you for your patience. If you are looking to give feedback on our new site, please send it along to feedback@globeandmail.com. If you want to write a letter to the editor, please forward to letters@globeandmail.com.
Comments