Citizenship and Immigration Minister Chris Alexander said he expects just 10 to 15 per cent of the immigrants who arrive in Canada this year will have been selected via the new Express Entry application system, a mechanism designed to choose immigrants more quickly to better meet the needs of the labour market. But he expects that figure will rise sharply by 2016.

Since the system's launch on Jan. 1, Canada has invited 6,851 prospective economic immigrants in the Express Entry pool to apply for permanent residency in various categories, from federal skilled workers to skilled trades people and those, including students, in the Canadian Experience Class. The Conservative government pledged to accept up to 280,000 immigrants this year, but the vast majority will be selected under the old system as Canada transitions to Express Entry.

"I don't expect a huge number to have landed in Canada under Express Entry in 2015, but a growing number will have been selected and approved," said Mr. Alexander, who was in Toronto Friday promoting what he described as a successful launch for Express Entry.

"We wanted to get this right and what we're seeing so far in 2015 is that it is going well. The pool is populated by lots of very qualified people. The processing times for the first successful applicants have been much faster than predicted, and news is getting out that this is a new beginning for Canadian immigration that is faster and more effective."

Mr. Alexander said he doesn't expect the new system to significantly alter the mix of Canada's immigration source countries. India, China and the Philippines remain the largest sources for applications.

In one round of selections, the top countries of residence were Canada (foreign applicants who are already in the country), the United States, India and England, according to Citizenship and Immigration Canada (CIC).

Standing in front of cameras primarily from Toronto's ethnic media outlets, Mr. Alexander formally welcomed three of the first people granted permanent residency under the new system. One of those selected was Emma Hughes, a 29-year-old from Ireland with a degree in industrial chemistry who was working at a Burlington, Ont., chemical company. She applied in early January, was selected in the first round of Express Entry at the end of January, and had her approval for permanent residency by late March, a period of roughly two months.

"That is truly remarkable," Mr. Alexander said. Under the old system, would-be immigrants could wait up to eight years to have their applications assessed, since it was run on a first-come, first-served basis. Now, the top candidates go to the front of the line right away, he said.

It's a competitive system, but fair, he added.

Under the new system, applicants are assessed in an electronic pool. They are graded on factors such as age, education and work skills and given a score on a 1,200-point scale. Every few weeks, a cutoff score is selected by the ministry and all those above that score are invited to become permanent residents. CIC has had six rounds so far. Applicants with a Canadian job offer or those nominated by a provincial government have a significant leg-up, as all others can only score a maximum of 600 points. The points cutoff started at nearly 900 points but recently fell close to 450.

Mr. Alexander said one of the challenges he has faced is the perception that applicants will need a job offer to get into Canada, which is not the case. The percentage of people selected with labour market impact assessments is relatively small, he said. 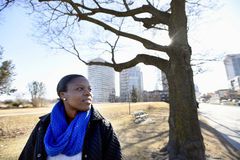 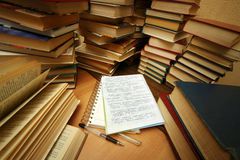 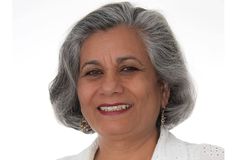