Prince Edward Island is shrinking. The sea is swallowing up its ruby-red sandstone cliffs and coveted sandy beaches at a rate of 28 centimetres a year, and an estimated $150-million in real estate is in danger of disappearing over the next 90 years, along with several of the island's prized golf courses and a wind turbine.

That's the vividly illustrated conclusion of a new tool created by University of Prince Edward Island and Simon Fraser University researchers, demonstrating how storm surges, rising seas and the loss of winter ice will erode the shore over 30-year increments from 2010 to 2100.

CLIVE – Coastal Impact Visualization Environment – is the product of a pan-Canadian collaboration which uses the guts of a 3-D game engine and controllers to allow the user to fly over a 3-D map of the island and raise and lower the level of the sea along the 1,260-kilometre coastline. So realistic is it that, at a recent public presentation, it drew gasps from islanders who saw their homes and cottages vanish.

"When I started playing on the intuitive nature of being able to fly over and click and raise, lower the sea levels, I started getting anxious because I know those areas," said Adam Fenech, director of the Climate Research Lab at UPEI. "You can really relate to these areas and that's what our greatest concern in releasing this is – that we don't want to scare people too much."

Already, the University of Hawaii at Manoa has been in touch, interested in the system. There is hope, too, to eventually be able to put it online.

CLIVE was developed by Dr. Fenech and Nick Hedley, director of SFU's Spatial Interface Research Lab, with funding from various government sources. The power of CLIVE, Dr. Hedley says, is that it presents science in "an environment that isn't alienating like many abstract scientific interfaces can sometimes be."

Made of sandstone and sand, PEI is sensitive to coastal erosion and, as a small compact mass, is easy to study.

In 2008, PEI and the federal government mapped the coastline with LiDar, an airborne laser system that provides high-resolution digital surveys or maps of the landscape. That data gave CLIVE its realistic effect. In addition, every metre of PEI was surveyed using aerial maps from 1968 and 2010, allowing Dr. Fenech to determine that, over those years, more than 20 square kilometres of coastline had eroded away. Over the next 90 years, he concluded, at least 1,000 homes and cottages are at risk of disappearing into the ocean, along with 17 lighthouses, 10 footbridges and 146 commercial buildings. About $45-million in road infrastructure is also at risk.

"That has led me to say, 'Mr. Premier, your province is shrinking,'" said Dr. Fenech, who has run the climate centre for two years. Hopefully, he said, this will help people understand climate change and "motivate them to want to do something about it."

At least for now, he's got their interest. "We don't necessarily get people's full attention until it's right in their backyard and then it becomes essential to pay attention," said PEI's Minister of Environment Janice Sherry. "… this is not something that we cannot think about … it will certainly allow us to educate our communities and look at our coastal regions as to how we're going to move forward and allow or not allow development along the coastline."

For Ms. Sherry, this is a call to consider reassessing regulations now requiring homes or development to be set back at least 23 metres from the coastline.

Randy Angus, with the Mi'kmaq Confederacy of PEI, which helped fund the project, believes it will be an important planning tool for his communities. For example, CLIVE shows the sewage lagoon in the Lennox Island First Nation community, where 450 people live, is in danger and needs to be protected or moved.

"The community is not caught surprised when there is a storm surge or something, they know the areas that are going to be impacted and they can deal with it," he said, about the effectiveness of CLIVE.

The same goes for realtors on the island, many of whom are selling coastal recreational properties worth millions of dollars. Every year, residents spend thousands of dollars on rebuilding seawalls or hauling in armour rock (the cheaper way is to throw on old tires) to shore up their properties damaged from storm surges and erosion.

For Alexandra Shaw, CLIVE came around just in the nick of time. She's poised to put in an offer on a cottage on PEI's Tracadie Bay. She went to the UPEI lab to check out her potential property – and was reassured there was no erosion.

"There has been a change in the buyers' approach when they are looking at property," said Jim Carragher, president of the PEI Real Estate Association. "It's almost like there was a turning point in 1999 and 2000 and buyers started talking about erosion more." Before that, he said, the mindset was everyone almost wanted to be "hanging off a cliff."

For scientists studying the island, the stories of coastal erosion from real-estate agents, farmers and fishermen have been very helpful. Beyond the new high-tech tool, Dr. Fenech said, a lot of the research "has been directed from what people have been telling us." The must-see sight in Israel that no one talks about
November 8, 2013 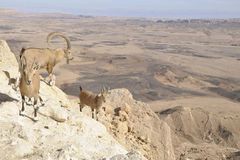