Some restaurant chains have stopped serving dishes with romaine lettuce amid a deadly E. coli outbreak linked to the leafy vegetable.

There were 41 cases of E. coli under investigation in total in Ontario, Quebec, New Brunswick, Nova Scotia, and Newfoundland and Labrador as of Dec. 28, according to a statement from Public Health Agency of Canada. One person died.

The agency linked the outbreak to romaine lettuce and encouraged individuals in the five provinces with known cases to consider eating other varieties of lettuce instead.

The move comes "out of an abundance of caution for the protection of our consumers safety," she said, adding diners have responded positively to the company's decision.

Cara will continue to monitor the event closely and re-evaluate its position as more information comes to light.

Boston Pizza International Inc. has also temporarily suspended the sale of all types of romaine lettuce at the pizza joint's locations in Ontario, Quebec and Atlantic Canada as of Dec. 26, said spokeswoman Alexandra Cygal in an e-mail.

"The suspension of sale is strictly precautionary at this point," she said and chefs are substituting other types of lettuce in salads.

The restaurant industry is not alone in taking such measures. On Dec. 24, Sobeys Inc. said it is pulling more than 300 romaine lettuce products from its shelves at stores across the country.

Public Health is continuing its investigation and the agency has said the public health notice will be updated on a regular basis as the investigation evolves. 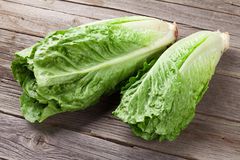