The son of an alleged terrorist faces deportation over convictions for dangerous crimes – including using a sawed-off shotgun to rob prostitutes.

Federal officials have deemed Al-Munzir Es-Sayyid, 22, too dangerous to be allowed to stay in Canada. His father is Mahmoud Es-Sayyid Jaballah, an alleged extremist whom the federal government has been trying to kick out for more than a decade.

In the mid-1990s, the Egyptian family sought asylum in Canada, but became notorious after the government jailed Mr. Jaballah and accused him of links to terrorism. Twelve years later, he remains before the courts, fighting allegations he helped al-Qaeda publicize its claim of responsibility for bombings that killed more than 200 people at U.S. embassies in Africa in 1998.

Mr. Jaballah was jailed for more than six years on these allegations. Now, newly released files reveal his son has also spent years behind bars.

The father vouched for his son last year in a letter of reference to federal officials in support of his bid to remain in Canada. "Justice would best be served by offering another chance," Mr. Jaballah wrote, urging authorities not to deport his son after his prison term concluded. "Munzir, if given the opportunity to remain in Canada with his family, will demonstrate that he can be a responsible, effective citizen."

Court documents tell a different story: a story of a youth who left home and high school at age 15. Police reports describe Mr. Es-Sayyid as a chronic drug user involved in criminal gangs.

When he was 18, he led a gang that robbed body-rub parlours and prostitutes who worked out of their homes in the Toronto area. According to a police synopsis of these crimes, the gang "targeted these individuals, as they felt the victims would not come forward" even though hundreds of dollars in cash were stolen in each robbery.

The robberies grew so brazen – some involved death threats, pistol-whippings and binding victims with duct tape – a squad of police detectives from Toronto, Mississauga and elsewhere teamed up to put the gang members under surveillance.

Mr. Es-Sayyid was arrested in 2007 and pleaded guilty to the crimes, including wielding a sawed-off shotgun. When asked to explain himself, he said "since my dad has been incarcerated, I have not had a role model or a father figure," according to court records.

He got a 2.5-year sentence and additional jail time after prison guards discovered three grams of heroin tucked in a sock hidden in the waistband of his underwear.

After his 2007 conviction, the federal government moved to strip Mr. Es-Sayyid, who arrived in Canada at age 7, of his refugee status and kick him out as "a danger to the public.

He is trying to fight that fate. "I believe I would be arrested and mistreated, maybe even killed by [Egyptian]authorities as a way of putting pressure on my father," he has countered according to court records of a lawsuit Mr. Es-Sayyid launched in a bid to have his case reconsidered on humanitarian grounds.

While he filed a suit urging humanitarian reconsideration, a Federal Court judge rejected it on Dec. 19, playing down his concerns that he would be tortured back in his homeland.

The failed lawsuit is one of Mr. Es-Sayyid's last recourses to stay in Canada.

Because he could still opt to appeal Federal Court ruling, officials won't say when he might be deported. "As Mr. Es-Sayyid is still before the courts, it would be inappropriate to comment," said Antonella Di Girolamo, a spokeswoman for the Canada Border Services Agency.

Meantime, his father – who was arrested in 1999, and released to house arrest in 2007 – remains before the courts as the government struggles to deport him. The controversial "security-certificate" immigration law used against him has resulted only in stalemate so far. 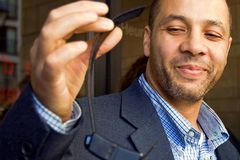 Jail for terror suspects could soon be empty
January 3, 2009
Indefinite detention amounts to cruelty, suspect's lawyer says
September 15, 2008
Follow Colin Freeze on Twitter @colinfreeze
Report an error Editorial code of conduct
Due to technical reasons, we have temporarily removed commenting from our articles. We hope to have this fixed soon. Thank you for your patience. If you are looking to give feedback on our new site, please send it along to feedback@globeandmail.com. If you want to write a letter to the editor, please forward to letters@globeandmail.com.
Comments