Statistics Canada has to correct the census results from thousands of Canadians after finding an error in its system that reported unusually high increases in the number of English speakers in some smaller Quebec communities.

Instead, it appears that about 61,000 of those reporting English as a mother tongue were actually French speakers, but their answers were flipped by a computer error.

In Quebec, the jump in English-language speakers caused emotional ripples, with provincial politicians talking about legislative means to ensure the survival of the French language in the province.

The announcement Friday was an embarrassing admission from the internationally renowned agency after it faced increasing pressure this week to double-check all of its data.

"We have an important responsibility to ensure the accuracy of these figures and we also want to be sure that we have a thoughtful and well-informed discussion, particularly here in Quebec where the issue is a bit emotional," said Jack Jedwab, executive vice-president of the Association for Canadian Studies, who first flagged the issue.

"We want to make sure we're operating from assumptions that are based on correct figures and clearly there was something very amiss about this."

The census data on language released last week indicated roughly one-half of the 57,325 increase in the number of anglophones in the province over five years came from outside of Montreal.

Jedwab quickly began to question the increased number of English speakers in small communities in Quebec far from major urban centres like Montreal, where English is often spoken.

Drilling down into the numbers, Jedwab said he found that English as a mother tongue was doubling or tripling over a five-year period in predominantly Francophone communities like Trois-Rivieres, Riviere-du-Loup and Dolbeau-Mistassini.

Statistics Canada did a sweeping review and blamed a now-fixed computer programming error as the culprit. The agency is crunching all the census data again and expects to have revised linguistic data available next week.

"We were reporting that the proportion of people reporting speaking English only was slightly up in Quebec, French proportionately was slightly down across the country including in Quebec. Those stories will most likely remain the same, but the magnitude of those changes since 2011 will change slightly," said Marc Hamel, director general of the census program.

Hamel said census officials have also done a check of all other data released to date from last year's census and haven't found any other issues. Officials are also double-checking data analysis processes for upcoming census releases to make sure the findings are sound.

"We stand behind everything else that we have released up to this point and we will ensure that we have very good information on Canadians on future releases," Hamel said.

"This one is unfortunate, but we take data quality very seriously, that's why we are proceeding the way we are today."

Statistics Canada has released three collections of data from the latest five-year census beginning in February with the overall population count – 35.15 million – and trends, followed by details about the country's rapidly aging population in May and this month details about languages and families.

The agency will add more layers to the portrait of the country the census paints in the coming months, including income data in September, immigration and Indigenous Peoples numbers in October and figures detailing education, jobs and work patterns in November. 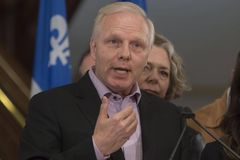 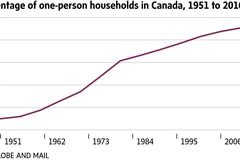 Youth who were in care nearly 200 times more likely to be homeless: study
August 9, 2017 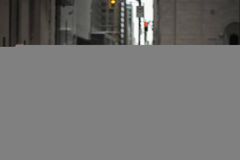