Statistics Canada will no longer collect and crunch numbers on the country's annual marriage and divorce rates, a sign both of cost cuts at the agency and the changing nature of relationships, as definitions get fuzzier and harder to track.

The national statistical agency published its last national figures on marriage and divorce rates last week. It has been collecting divorce data since 1972 and marriage data since 1921. It pegs the cost of reinstating the collection at $250,000.

The numbers shed light on the likelihood of divorce, the average age of marriage and reasons for marital breakdowns by province and nationally, and how that changes over time. Replicating this information will be tricky - the provinces track marriages, but no national body collects marriage data. The Justice Department has information on divorces, but doesn't disseminate it.

The absence of data will make it difficult to assess how the recession affected divorce rates because it ends at 2008. It will be harder to compare Canadian marriage or divorce rates with, for example, the United States. And policy makers say they will have a tougher time assessing where and how marital breakdown is affecting child poverty, housing, education and health care, and which policies are most effective at keeping families together.

"It's a loss," said Ian McKinnon, chair of the National Statistics Council, an advisory body to Statistics Canada, who is based in Victoria. "There's an enormous advantage in having the data, particularly when you have a long time series."

Still, he says, the move highlights the challenge of staying relevant in modern times. In Quebec, for example, more than a third of couples are living in common-law relationships - and thus wouldn't show up in the stats. "Divorce and marriage have become a much less clear concept," he said. "The concept of what a marriage or divorce means in demographic terms is much less obvious than it used to be."

Statscan's snapshot, released last week, shows 43.1 per cent of marriages are expected to end in divorce before a couple reaches their 50th anniversary, an increase from 39.3 per cent a decade earlier. All told, there were 70,226 divorces in Canada in 2008.

Statscan made the decision to stop publishing the data sets as part of a 2008 review and is facing further budget cuts.

Social scientists say the move will make it harder to formulate good public policy on everything from housing and child poverty to health care and education.

In this age of more complex and diverse family structures, "the family as an economic unit is still a cornerstone of social and economic development," said Nora Spinks, executive director of the Vanier Institute of the Family. "If we stop tracking marriage and divorce, it will become harder to be able to determine how our policies impact families, and how families impact social and economic development."

She lists two concrete examples of why the data is important. Divorce rates can indicate how many people, in a given province will be available to care for their aging parents. High divorce rates can signal less availability, and thus more strain on health care. And schools use divorce-rate data to help plan social services needed to best support children.

Divorce rates are also used to assess changes in the rates of household formation, and whether demand is increasing for new housing, said Murtaza Haider, director at Ryerson University's Institute of Housing and Mobility.

The greatest impact will be on governments' ability to set public policy, particularly given that divorce can affect physical and mental health, as well as incomes and education levels, said Steven Benmor, who specializes in family law in Toronto.

"Governments need to set policy and create law and they do so by recognizing what is going on in society," he said. "By not having this data available, it's going to limit the information that governments and legislators have in order to set policy and make law."

It will also be trickier to assess what is going well. This week, Ontario said it would require every couple in the province hoping to split to attend an information session on alternatives to going to court before getting a divorce. Evaluating whether measures like that work, five years later, has become much more difficult, Mr. Benmor said.

Statscan says it will still examine trends in family composition through its census, conducted every five years, and general social surveys. But annual data on marriage and divorce rates won't be replaced.

The chop comes as Statistics Canada, like other federal agencies, is tightening its belt. Statscan didn't immediately respond to requests on what other research is on the chopping block. Mr. McKinnon, of the National Statistics Council, said he's "absolutely worried" about looming cuts and their impact on the agency.

The information "it provides in many ways is the knowledge structure about Canadians - and that affects virtually everyone."

43.1% - Canadian marriages that are expected to end in divorce before the couple reach their 50th wedding anniversary

26.8% - Marriages expected to end in divorce before a couple in Newfoundland and Labrador reach their 50th anniversary

62.6% - Percentage of marriages expected to end in divorce by the time a couple in the Yukon reaches their 50th anniversary 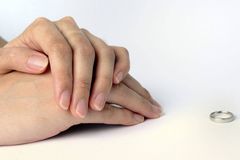 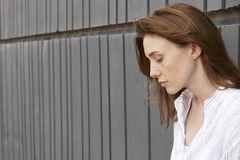 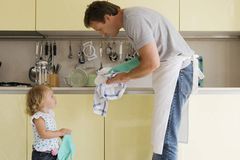