The federal government really has no choice but to stick with a traditional-style census for 2016, but ought to give careful thought to which questions Canadians should be required to answer and which should be voluntary, Statistics Canada says.

A new report that analyzes different options for the census also underlines that the agency still doesn't know the full impact of the controversial decision to replace last year's mandatory long-form questionnaire with a voluntary survey.

The lengthy analysis is the product of a review that was launched after the Conservatives decided in 2010 to scrap the long-form portion of the survey. The short census remains mandatory.

Questions were raised at the time about whether Canada should adopt another kind of census — a population register, for instance, which is the approach many European countries use.

The agency concluded in the report that Canada simply doesn't have the time, resources, or possibly even the appetite to participate in a different style of census.

A population register would involve the central collection and storage of massive amounts of personal data, and the introduction of identity cards or numbers — an idea rejected by Canadian privacy commissioners.

A rolling census, such as those conducted in the United States and France, would involve sending surveys to a smaller number of households on an ongoing basis. Statistics Canada says it's already too late to get such a complex system off the ground for 2016 — and there would be no money for it in any event.

Besides, says the agency, Canadians respond well to the traditional census — 98.1 per cent filled out their mandatory short-form survey last year.

"Research to date has indicated that unless there are significant changes to the Canadian context, many of the issues surrounding the alternative approaches will remain for 2021 and beyond," the report concludes.

But Canada's traditional census still has its share of issues, too.

The new National Household Survey was filled out by just 69.3 per cent of Canadians — a far cry from the 93.5 per cent who filled out the long-form survey when it was still mandatory in 2006.

Statistics Canada is worried about something called "response bias," where the data is skewed because certain groups of people don't fill out the forms. That makes it tougher to get a reliable picture of the population's characteristics — in smaller areas in particular.

"Are we totally off, slightly off, right on? That would be difficult to determine," said Marc Hamel, manager of the census program at Statistics Canada.

"If there were things that were severely out of the norm from the conclusions that we would draw from the NHS, we would have to consider the possibility of not releasing a variable, for example. We're not there yet."

There might be a hint of bias already: 13.7 per cent of those who filled out their census by Internet refused to complete the NHS, while the non-response rate was 48.2 per cent for those who used the mail, possibly suggesting a bias related to socio-economic factors.

Statisticians can sort out some of that bias by looking at other, more reliable numbers and using those as benchmarks to adjust their weighting — but the trouble is they don't have many benchmarks to go on.

"There's a very serious issue because there are relatively few questions on the short-form census, so we don't know much about how people differ who filled out the NHS and those who didn't," said Ian McKinnon of the National Statistics Council.

That's where the importance of the 2016 census questions come in.

Statistics Canada wants to take a long, hard look at whether more questions could be put into the mandatory short-form census, or perhaps whether a mid-length, mandatory census could be sent to some households. Such an approach would, in theory, result in more solid data that could be used to buttress the weaker NHS.

The agency also wants the process of selecting the questions to be more transparent. The government did not consult with various data users or even the National Statistics Council when it eliminated the long-form census.

"Where to draw the line between mandatory and non-mandatory is, I think, the fundamental question," said Mr. McKinnon.

Ultimately, it will be up to the federal cabinet to decide which questions go into the census. 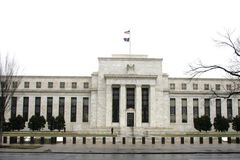