Has Statistics Canada – renowned around the world for its ability to take snapshots of Canadian life – lost some of its zoom?

The answer will come Wednesday, when the agency's National Household Survey reveals how much critical information was lost in the controversial transition two years ago from a mandatory long-form census to a voluntary questionnaire.

Experts and observers say they expect the detailed neighbourhood-by-neighbourhood information about certain types of Canadians – long a hallmark of the census – will be much more limited.

To be sure, the results of the inaugural National Household Survey will still include information about immigration, birthplace, aboriginal Canadians and visible minorities, among other categories.

But the folks who develop policy and plan for items such as roads, hospitals, low-income housing, recreation centres and immigrant services across Canada are worried about how far they'll be able to drill down into the numbers.

"This information is important so each of the communities will be able to push the government on programs and benefits and actions that are needed to address disparities," said Avvy Go, director of the Metro Toronto Chinese and Southeast Asian Legal Clinic.

"It's not just visible minorities as a category or women as a category, we need more detail within that category."

The Conservatives cited concerns about personal freedoms in 2010 when they eliminated the long-form census, which famously threatened fines or even jail time for those who didn't want to fill it out.

That decision prompted an outcry from municipalities, economists, cultural and religious groups and the opposition parties, among others.

Statistics Canada has already signalled that the quality of the information won't be the same.

One-third of Canadian households received the National Household Survey in 2011, and of those, 68.6 per cent completed it fully, compared with the typical 94-per-cent response rate of a mandatory questionnaire.

What worries statisticians isn't so much how many Canadians who ignored the survey, but who: some groups are less likely to fill out the forms, making it harder to get a reliable picture – a phenomenon called "non-response bias."

The agency conducted simulations of the survey in three cities, and concluded that low-income earners, registered aboriginals and black Canadians were among the groups less likely to participate.

"For many users, the data will be fine," said Ian McKinnon, chairman of the National Statistics Council.

"For some small areas, and for some small groups, the data may not be robust enough to meet publication standards, and so they'll be suppressed."

"It's an area where there's significant development, and they want to know who's moving in, do they have kids, how many kids, what are the main languages spoken, all of those kinds of things," Mr. Campey said.

"This information will be much less accurate because one in three people didn't fill it out."

Statistics Canada has been using the data from the last mandatory long-form census in 2006 to check the information gathered in 2011 and weed out data that simply doesn't make sense.

But by 2016, which is when the next National Household Survey will be distributed, that 2006 benchmark will be five years older and even less reliable than it is now.

As a result, other federal surveys that used to depend on the mandatory long-form census as an anchor – the Labour Force Survey, which helps create employment statistics, is one example – will no longer have it as a backstop.

If there is a silver lining for Statistics Canada, it's that the agency has learned a tremendous amount about response bias and sampling errors, and how to address such issues, Mr. McKinnon said.

"They have done so much work to ensure that, given the limitations, this will be as high quality as ever," he said.

"If they were to be able to apply what they've learned ... to a regular long-form census, it would be a better census from a statistical viewpoint."

Four reasons to be skeptical of the long-form census replacement (and one reason you shouldn't be)
Subscriber content
May 1, 2013
Census replacement sees low response rates in 12 per cent of communities
September 24, 2012 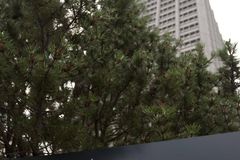