The Steven Galloway case, shrouded in secrecy since his suspension a year ago from the University of British Columbia, has taken more twists, beginning with revelations from Mr. Galloway himself.

In a statement released by his lawyers, the bestselling author confirms that he was accused of sexual assault – and was cleared of that allegation. Mr. Galloway, who was fired from his position of chair of the creative-writing program in June, says the one allegation an independent investigation did substantiate was that he had an affair with a student. In the statement, he apologizes for his behaviour. But the statement also calls UBC's handling of the case into question.

"We have grave concerns with the investigative process followed by UBC, including but not limited to the manner in which UBC chose to communicate to the public," it says. When Mr. Galloway was suspended, the university announced that it was due to "serious allegations" and urged those concerned about their safety to seek counselling.

Related: Under a cloud: How UBC's Steven Galloway affair has haunted a campus and changed lives

Now, the university says the new leader of the program Mr. Galloway used to run will come from outside UBC. And some prominent writers are calling for a tuition refund for students currently in the program, given the distractions caused by the case.

"They didn't get their money's worth because of the mess that was created," said Margaret Atwood, one of the authors behind the rebate call. "They did not receive what it said on the package."

Mr. Galloway, author of four novels, including The Cellist of Sarajevo, has declined interview requests about the high-profile case, having signed a confidentiality agreement. But on Wednesday, a statement released on his behalf confirmed several details of the investigation conducted by former B.C. Supreme Court Judge Mary Ellen Boyd.

The statement says the investigation was launched based on a complaint of a sexual nature dating back to 2011. Mr. Galloway was accused of sexual assault, but Ms. Boyd found "on a balance of probabilities" that he did not commit sexual assault.

She substantiated one allegation that constituted a violation of UBC policy – that Mr. Galloway had an affair with a student, according to the statement. Both were married at the time, and the affair lasted about two years, the report found.

"Mr. Galloway profoundly regrets his conduct and wishes to apologize for the harm that it has caused," the statement from Brent Olthuis at Hunter Litigation Chambers reads. (Mr. Olthuis is not representing Mr. Galloway in his grievance with the university; that is being handled by the UBC Faculty Association, which has declined to comment.) "He does not seek to minimize it or to hide from it. He seeks fair treatment for all involved, and an end to the scurrilous assertions and accusations that have proliferated in the vacuum of information."

The grievance is advancing to arbitration. Mr. Galloway argues his termination was an unreasonable outcome, and that the process preceding it "was one to which no student, staff or faculty member should again be subject." Whether UBC's response to the allegations and findings was appropriate will be a central issue.

"The matter continues to have tragic impacts for all persons involved," the statement concludes. "It provides a signal example of how specious rumours and speculation arise from innuendo and miscommunication. From Mr. Galloway's perspective, it provides an unfortunate illustration of the need for rigorous, fair and transparent procedures in matters of this nature."

When reached Wednesday, a UBC spokesperson referred The Globe and Mail to a statement released last week. "UBC reached its decision only after a thorough, deliberative process," the statement reads. In response to calls for an independent review, UBC says one is already under way – with the filing of the grievance.

UBC has also made clear that Ms. Boyd's investigation was followed by reviews by both the dean of arts and then-president Martha Piper.

When reached on Wednesday by The Globe and Mail, Mr. Galloway's wife declined to comment.

The Globe has not spoken with the main complainant, but an ancillary complainant, Chelsea Rooney, tells The Globe, also in a statement, "Steven Galloway has chosen an interesting moment to break his silence, now that Canada knows he has 88 powerful authors on his side. My question now is: Who is he apologizing to and what is he apologizing for?"

Her comment refers to an open letter calling for due process for Mr. Galloway, written by Joseph Boyden, posted to a website called UBC Accountable. The open letter was signed by authors Michael Ondaatje, Yann Martel, Ms. Atwood and 85 others as of Wednesday afternoon. More than a dozen people have removed their signatures from the letter, which has become a flashpoint in this controversy. More than 400 people have signed a counterletter, petitioning signatories of the first letter to remove their names.

Now some of the people behind UBC Accountable are calling on UBC to refund a year's tuition fees for students in the MFA program, saying they've heard from students whose work has been "seriously impacted" by the handling of the case– including the initial communication causing panic, a "toxic atmosphere" created by rumours and innuendo, and lack of information and silencing. "The emotional overload has made it very hard for many of them to write," a statement posted to the UBC Accountable website says.

Meanwhile, the program, which has been co-chaired by authors Annabel Lyon and Linda Svendsen since Mr. Galloway's suspension, will have a new chair – someone from outside the university.

"The President's Advisory Committee on the Selection of a new Chair for the Creative Writing Program has made a recommendation to conduct an external search for the next program Chair," a memo out this weekreads. "Internal candidates that the search committee approached did not wish to be considered for the role."

Also on Wednesday, Ms. Atwood posted a statement of apology on the UBC Accountable website, drafted with input from UBC student Elaine Corden.

"We're sorry we hurt any survivor people out there by seeming lacking in empathy for your experiences. Our letter was not intended to wound you, but it seems to have done, and for that we apologize. We do not intend to discourage anyone from speaking up in future, and hope the University will put in place a workable support system. To survivors of abuse, we were, are and will be your allies." 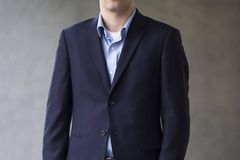 Atwood, Ondaatje call for probe into firing of UBC prof
November 15, 2016
UBC responds to criticism over firing of Steven Galloway
November 15, 2016
Follow Marsha Lederman on Twitter @marshalederman
Report an error Editorial code of conduct
Due to technical reasons, we have temporarily removed commenting from our articles. We hope to have this fixed soon. Thank you for your patience. If you are looking to give feedback on our new site, please send it along to feedback@globeandmail.com. If you want to write a letter to the editor, please forward to letters@globeandmail.com.
Comments are closed