A widely used pesticide harms bumblebee queens' abilities to feed and reproduce, reducing the survival prospects for the pollinators that play a key role in food production, a new study co-authored by a University of Guelph professor shows.

The research is the first on how queen bumblebees react to neonicotinoids, a class of insecticide used in agriculture, horticulture and flea treatment for pets.

Declines in insect pollinators, including bees and butterflies, have been linked to neonicotinoids, in addition to loss of habitat, disease and climate change. The use of neonics, as they are known, is being phased out or restricted in several countries, including Canada.

The new study adds to a growing pile of research that shows pollinators are under pressure at a time agricultural production is rising to meet increasing populations and a shift in appetites toward red meat and other land-intensive farm products.

"Almost nothing's been done on queen bees and we wanted to understand what the impacts of neonics might be on queen behaviour and queen reproduction," said Nigel Raine, co-author of the study published in the biological research journal of the London-based Royal Society.

"We're moving toward an increased reliance on these pollinators and evidence suggests pollinators in most cases are declining," said Dr. Raine, a professor at the University of Guelph. "So at some point, supply is going to fall below demand. …That's obviously a concern from a food-production and food-security standpoint."

According to the United Nations' Food and Agriculture Organization, bees pollinate 71 of the 100 crops that provide 90 per cent of our food. Much of this pollination, researchers say, is provided by wild, native bees, including bumblebees.

"Some of them come out early spring, some of the species come out late in fall, so you can't just knock out a few species because then there are gaps in what will get pollinated. All bees are important pollinators," Dr. Colla said in an interview.

Of the 4,000 native bee species in North America, bumblebees are perhaps the most threatened, said Dr. Colla, who recently worked on a study of bumblebee populations that found between a quarter and a third of the 250 species in the world are at risk of extinction. The rusty patched bumblebee, for instance, was once one of the most common wild bees in Canada in the 1970s but has only been spotted twice in past 10 years.

"We have no idea why, to be honest," Dr. Colla said. "Chances are it's not one thing … The combination of threats and how different species react is something we really need to figure out quickly before more species decline."

To study the effects of neonics on bumblebee queens, Dr. Raine and a team of scientists studied 506 queens from four species captured near London. They were fed sugary water laced with real-world levels of the neonic thiamethoxam for two weeks, observed for another two weeks and then frozen, dissected and examined.

The queens were less able to develop their ovaries and, in two of the species, ate less nectar. Both are responses likely to reduce their – and their colony's – chances of survival, Dr. Raine said by phone.

The effects of neonics on honeybees has been well-studied. But missing from the studies was the bumblebee queen, which occupies a unique position among bees, beginning each spring as a lone nester, egg layer and forager before breeding a colony that can reach several hundred by late summer.

The queen's initial solitude makes her species particularly vulnerable to such threats as climate change, loss of habitat and pesticides. "Between the end of summer and the beginning of spring, she is the colony," Dr. Raine said. "So impacts on her could have quite strong ramifications for colony success."

Tibor Szabo, president of the Ontario Beekeepers' Association, said honeybee queens rule a hive of tens of thousands, and are not as exposed to pesticide-laden pollen and nectar as bumblebee queens or worker honeybees. "The foragers take the hit right off the bat," said Mr. Szabo, a breeder of honeybee queens near Guelph.

Neonics have quickly become one of the most widely used chemical defences against crop-eating worms and beetles. Sprayed on crops or used as a seed coating, neonics are a systemic insecticide that becomes present throughout the plant in order to kill pests.

Syngenta and other chemical makers say neonics are safer than older pesticides, which were harmful to people, and are key to boosting food production to feed a growing global population.

But after several studies showing their harm to pollinators, neonics' use in Europe was suspended on most crops in 2013, and the European Union is reportedly set to impose a wider ban this year.

In Canada, the federal government is seeking to phase out the agricultural use of one neonic, imidacloprid, because is it being found in groundwater in amounts that are harmful to aquatic insects. The government said in November it is reviewing the approval of thiamethoxam and another widely used neonic, clothianidin, for the same reason. Ontario, meanwhile, is phasing out the blanket use of neonics on corn for grain and soybean crops. 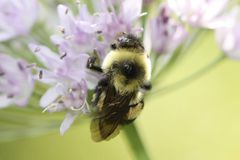