Ontario adolescents are drinking, smoking and using cannabis and other recreational drugs at the lowest rates since the late 1970s, suggests a biennial survey of Grade 7 to 12 students by the Centre for Addiction and Mental Health.

But the 2017 survey released Thursday turned up a disturbing finding: almost one per cent of respondents in Grades 9 to 12 reported having taken illicit fentanyl in the previous year, raising a red flag given the opioid's involvement in hundreds of overdose deaths across the country.

Robert Mann, a senior scientist at CAMH and co-author of the Ontario Student Drug Use and Health Survey (OSDUHS), said declines over time in the proportion of adolescents using tobacco, alcohol and cannabis are a positive sign that public health messaging about the harms of such substances are getting through to young people.

Non-medical use of prescription opioids, monitored since 2007, declined to almost 11 per cent from about 21 per cent among those surveyed.

"One of the things we also see is that the onset of (substance) use is being delayed until later years. Now the onset tends to occur in later grades," said Mann, noting that about 37 per cent of 12th graders reported using marijuana.

"And that's a very positive thing because we know that the later that young people start using alcohol and other drugs, the less likely they are to develop problems with that use, either currently or in the future."

Such long-term drops in usage point to successful efforts by parents, educators, public health officials – and students themselves – to address substance use and the problems it can create, agreed co-author Hayley Hamilton, a CAMH scientist.

"Nevertheless, we must remember that substance use among students can quickly begin to increase, as we have seen in the past, so a long-term and continued commitment to public health goals is necessary."

For example, the legalization of recreational marijuana in July could alter current patterns related to the psychoactive drug.

"There certainly have been concerns expressed that legalizing cannabis might send a message to young people that it's OK to be using it or it's OK for more people to be using it," Mann said.

However, when students were asked whether they agreed that adults should be legally able to purchase pot, responses were mixed, with about one-third giving a thumb's up, a third against the idea and the other third indicating they weren't sure.

Four per cent of current users said they intend to smoke up or vape weed more once it's decriminalized, but almost two-thirds of students overall said they don't intend to take up the drug once they reach legal age.

"So I think we're looking at a group of pretty level-headed people here, with exceptions," said Mann. "But it doesn't appear that legislation is going to release a pent-up demand for cannabis in this population."

For the first time in the survey's 40-year history, researchers asked respondents about fentanyl use. Among those in Grades 9 to 12, almost one per cent said they had ingested the illicit opioid in the previous 12 months – a figure equivalent to about 5,800 students across the province.

"That's a small proportion, but this is a very hazardous drug and these people are taking quite an extreme risk in using this drug," said Mann.

"It's very dangerous because a very, very small amount can result in overdose or even overdose-related deaths," he said, noting that about 900 Ontarians died from drug overdoses last year, with a "substantial portion" related to fentanyl.

Mann said the survey suggests there's been huge progress in discouraging alcohol-impaired teen drivers from getting behind the wheel – but not as much for those who take to the road after getting high on pot.

"In the 1970s, when we first began the survey, nearly 50 per cent of Grade 11 student drivers reported driving after drinking, and that's down to about four per cent now," he said.

"That's a huge decline, which is pretty significant because motor vehicle collisions are a leading cause of death in this age group and alcohol is a leading contributing factor.

"But when we look at driving after cannabis use, it's up to nine per cent, and that's concerning because I think there's a perception out there that you can drive safely under the influence of cannabis, that it doesn't increase your collision risk.

"And, in fact, the most recent research is telling us that it does ... it increases your chances of being in a collision and injuring yourself or other people."

How to talk to your children about drugs
September 27, 2017 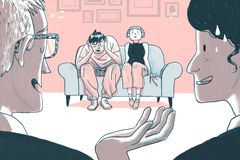 I posted this photo of my dying son to warn of the dangers of fentanyl
April 26, 2017
When pot is legal, will I have the right to smoke a joint in my backyard – even if it bothers the neighbours?
June 29, 2018 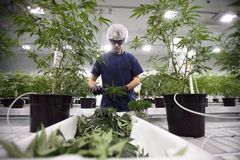