The Supreme Court of Canada has put aboriginals on a new footing in a landmark ruling that has huge implications for natural-resource industries across the country. Aboriginal communities gain important new economic assets, and powerful leverage over development by outsiders, but not a veto.

In what legal observers called the most important Supreme Court ruling on aboriginal rights in Canadian history – a culmination of all previous rulings – the court determined that native Canadians still own their ancestral lands, unless they signed away their ownership in treaties with government.

For the first time, the court recognized the existence of aboriginal title on a particular site, covering a vast swath of the British Columbia interior. The court also spelled out in detail what aboriginal title means: control of ancestral lands and the right to use them for modern economic purposes, without destroying those lands for future generations.

"The doctrine of terra nullius [that no one owned the land prior to European assertion of sovereignty] never applied in Canada," the court said in an 8-0 ruling, written by Chief Justice Beverley McLachlin.

Government still has a right to intrude but only if it can reconcile aboriginal interests with wider public purposes – which can include mining and logging projects and, though the court didn't say so specifically, the proposed Northern Gateway pipeline from Alberta to the B.C. coastal community of Kitimat.

The ruling "goes back to the Royal Proclamation of 1763," said Brian Slattery, a professor at York University's Osgoode Hall Law School, citing the foundational promise of the British Crown to secure ancestral lands for native use. "This is the fulfillment of that promise, held out by the Crown 250 years ago."

The case involved the Tsilqhot'in Nation (pronounced Sil-KO-tin), a semi-nomadic people whose elders had testified about customs and practices in a remote valley west of Williams Lake, B.C., for the 400 people who lived there – in an area more than half the size of Greater Vancouver – when the British Crown asserted its sovereignty in 1846. The province had argued the population was too small to be in control of such a wide space. And the B.C. Court of Appeal had said title was a matter of small, specific sites such as rocks from which aboriginals had fished.

Aboriginal leaders in B.C. said they received the ruling with cheers and tears. They said it opens a new era in aboriginal relations with government, in which talks can proceed between equals as they assert land claims or deal with proposed development.

"This case is about us regaining our independence – to be able to govern our own nation and rely on the natural resources of our land," said Chief Roger William of the Xeni Gwet'in, one of the six groups that make up the Tsilhqot'in.

The Canadian government, which had intervened in the case to push for a narrow definition of aboriginal title, said it is studying the ruling. Aboriginal Affairs Minister Bernard Valcourt said the government believes in "negotiated settlements that balance the interests of all Canadians."

Despite its opposition to the Tsilqhot'in claim, the B.C. government said the ruling provides additional certainty to the relationship between aboriginals and government.

The Business Council of British Columbia, representing forestry, mining and other companies, had intervened to argue that aboriginal title could devastate the economy. But in a news release on Thursday, it said its initial view is that the ruling provides for greater certainty in dealings between the corporate sector and aboriginal communities.

The Supreme Court elaborated in some detail on how government, resource companies and aboriginal communities with title claims could try to work things out in the new era of aboriginal title. It said government needs a compelling purpose to intrude, and its purpose must be considered from the aboriginal perspective, not just that of the wider public. Ultimately, intrusions will be judged on how they serve reconciliation between aboriginal peoples and the wider population. 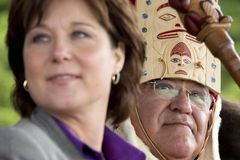 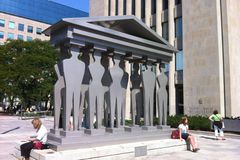 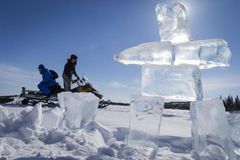 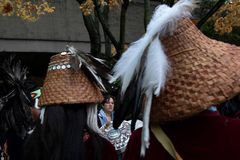