The Supreme Court of Canada has created new time limits for criminal trials in an attempt to shake complacency out of the justice system.

The court has told prosecutors to think hard about which cases to take to court and has put pressure on governments to add resources to a system widely perceived as slow and overburdened.

In a 5-4 ruling Friday, the court threw out its previous guidelines on the constitutional right to be tried within a reasonable time, saying those 1992 guidelines were to blame for a "culture of delay and complacency." The ruling came in a case involving Barrett Jordan, a B.C. drug dealer who oversaw a telephone service for ordering heroin and cocaine. His case took 49 1/2 months, and both the trial judge and the appeal court who heard the case said that was a reasonable length of time under the Supreme Court's guidelines. The Supreme Court was unanimous that 49 1/2 months was too long.

The creation of new time limits proved deeply controversial in the court, with the minority calling it "wrong in principle and unwise in practice" and predicting that thousands of criminal cases would be thrown out as a result of unreasonable delay.

In Alberta, where trials of five days or longer are being scheduled more than a year in advance, Chief Justice Neil Wittmann of the Court of Queen's Bench said the new time limits would be difficult to meet. "We will accommodate if we can. But I am doubtful we will be able to without more judges and perhaps more prosecutors also," he said in an e-mail to The Globe and Mail.

And prosecutors were aghast at a line in the ruling that told them to "make reasonable and responsible decisions regarding who to prosecute and for what."

"Someone at a higher salary bracket than myself is going to have to say, 'Look, we're no longer prosecuting complex frauds because they take too much of the court time,'" said Rick Woodburn, president of the Canadian Association of Crown Counsel. "Complex impaired driving [cases] take a long time. Are those the ones we're no longer going to prosecute? Are we going to no longer prosecute certain kinds of assaults because they're clogging up our courts?"

Defence lawyers expressed mixed views. Some felt the limits were too high, while others felt pleased that accused people will no longer need to show that a delay harmed the fairness of their trial.

The new limits are 18 months from the time a charge is laid until the trial is completed in provincial courts and 30 months in superior court. Anything longer is presumed to violate the accused's right to be tried within a reasonable time, unless the prosecution can show exceptional circumstances. (Any defence contribution to the delay is to be subtracted from the total delay.) These limits differ from the previous rules, which had time guidelines plus a set of principles requiring an examination of what caused the delay and whether the delay prejudiced the fairness of the trial for the accused.

The majority of the court was frustrated that a quarter-century after its rulings on "justice delayed," trials still move at a snail's pace. The old guidelines do "not address this culture of complacency," justices Michael Moldaver, Andromache Karakatsanis and Russell Brown wrote for the majority, with justices Rosalie Abella and Suzanne Côté in support. (The majority included the court's most liberal and most conservative members.) "Delay is condemned or rationalized at the back end. As a result, participants in the justice system – police, Crown counsel, defence counsel, courts, provincial legislatures and Parliament – are not encouraged to take preventative measures to address inefficient practices and resourcing problems."

The ruling is likely to have ripple effects for years. It puts immediate pressure on the federal government to begin appointing judges in a timely way. Except for one brief burst of appointments seven months after being elected, the government has allowed judicial vacancies to sit unfilled around the country.

The majority sought to downplay fears that the new guidelines would cause massive disruptions. In 1990, after the court's ruling in R v Askov, tens of thousands of criminal cases were tossed out for unreasonable delay. In 1992, the Supreme Court relaxed its guidelines in R v Morin. In Friday's ruling, the court said the new limits should be applied flexibly for cases currently in the system.

Editor's note: An earlier version of this story incorrectly stated that Michael Moldaver, Andromache Karakatsanis, Russell Brown, Rosalie Abella and Suzanne Côté are chief justices. In fact, their positions are as justices. This version has been updated.

Supreme Court rules police can swab a suspected rapist without a warrant
June 23, 2016 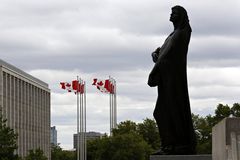 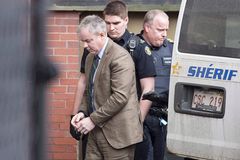