In a major victory for Indigenous peoples, the Supreme Court of Canada has ruled that a band in British Columbia can claim financial compensation for the theft of its lands during gold-rush times in 1860.

The court took an expansive view of Canada's obligations to Indigenous peoples under a process set up in 2008 to settle historical disputes. The court said Canada can be held legally responsible for pre-Confederation wrongs.

The ruling was cheered by advocates for Indigenous peoples. "We're on a path of reconciliation, as of today," Leah Pence, a lawyer representing the Williams Lake Indian Band, said in an interview.

The new Chief Justice, Richard Wagner, wrote the majority ruling in a kind of passing of the torch. Canada had not met "the standard of conduct" expected of it in its dealings with the First Nations, he wrote. His predecessor, Beverley McLachlin – who retired in December – also sat on the case and, although she has often led the way in expanding Indigenous rights, she dissented from the majority.

The office of Carolyn Bennett, Minister of Crown-Indigenous Relations, said in a statement that the government is reviewing the decision and is committed to "renewed relationships with Indigenous Peoples based on recognition of rights, respect, cooperation and partnership." The statement added: "We also believe that negotiation over litigation is the best way to right historical wrongs and settle past grievances."

That last statement prompted a burst of laughter when The Globe and Mail read it to Ms. Pence and other lawyers on the band's legal team. The band first made the claim to the government, seeking a negotiated solution, in 1993, Ms. Pence said.

At stake was a claim by the Williams Lake band that the Colony of British Columbia allowed settlers to push band members off their land, nearly causing them to starve to death, and that when British Columbia joined Confederation in 1871, the federal government did not return the land. It did, however, give a larger tract to the group on what Ottawa described in a filing at the Supreme Court as prime farmland.

But the case's importance goes beyond the band. Canada introduced legislation to create an independent tribunal to rule on historical Indigenous grievances in the 1960s. It took 50 years to set up the body, known as the Specific Claims Tribunal. And when it ruled in favour of the Williams Lake band in 2014, Ottawa appealed to the Federal Court of Appeal, which threw out the ruling. The band appealed that decision to the Supreme Court.

Ms. Pence said the ruling puts the tribunal on solid ground for Indigenous peoples, with a message that the courts should take a "hands-off" approach to its decisions.

The tribunal is a specialized court of reconciliation – an alternative to the slow and expensive justice system that is not bound by statutes of limitations that restrict the ability to sue. Its website says its purpose is to accelerate the resolution of claims to "provide justice for First Nations claimants and certainty for government, industry and all Canadians."

It consists of up to six judges from the federally appointed superior courts of provinces. It cannot give bands back their lands – which in the current case include the downtown of Williams Lake, a town of 11,000 people 550 kilometres north of Vancouver – but it can award compensation of up to $150-million. (The tribunal has not yet discussed an amount in this case.)

The tribunal members travelled to the traditional territory of the Williams Lake band. The three judges of the Federal Court of Appeal who ruled unanimously against them did not. The appeal court said Ottawa had made up for the wrong committed before Confederation by giving other lands as compensation.

"If you look at what reconciliation is," said Scott Robertson, president of the Indigenous Bar Association, which intervened in the case, "it's reconciling past grievances between First Nations, Inuit and Métis people and the Crown and not getting locked in on technicalities."

One of those "technicalities" was whether the Canadian government should be held responsible for wrongs committed by colonial officials before Confederation. "The court is saying, 'the Crown is the Crown,'" Ms. Pence said. 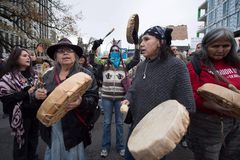 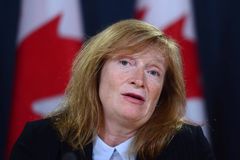 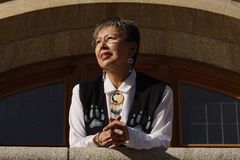