The Supreme Court of Canada will look at the process used to determine compensation for former residential school students.

The high court has agreed to hear the appeal of an Indigenous man – known only as J.W. due to privacy considerations – who claims he was sexually assaulted by a nun while attending a residential school in Manitoba.

At issue is whether the decisions of adjudicators in such cases can be reviewed by the courts.

For over a century, tens of thousands of Indigenous children were required to attend residential schools, primarily run by religious institutions and funded by the federal government.

Students were not allowed to use their languages or cultural practices.

Former pupils provided accounts of physical, sexual and emotional abuse as part of an independent assessment process to determine compensation – a program that flowed from a major 2006 settlement agreement aimed at ensuring a lasting resolution of the residential schools legacy.

J.W.'s claim was rejected by an adjudicator on the grounds that he had failed to show the nun's alleged act – grabbing his penis while he was in line for a shower – had a "sexual purpose."

His efforts to have the decision overturned by other adjudicators failed.

However, a Manitoba judge found fault with the internal reviews and sent the case back to the initial adjudication phase.

The federal government successfully challenged the judge's decision in the Manitoba Court of Appeal, which ruled that, under the terms of the independent assessment process, there can be no judicial review of adjudication decisions.

As usual, the Supreme Court gave no reasons for agreeing to hear J.W.'s case. 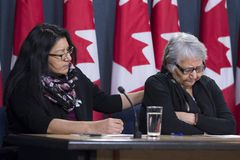 Survivor wants the world to know her residential school story – but first, she must get permission
December 12, 2017 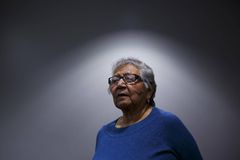 Residential-school survivor gets permission from government to donate documents
December 13, 2017 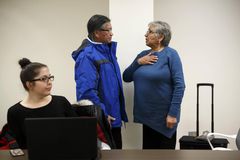