Canada's anti-terrorism laws do not violate the constitutional rights of those suspected of furthering terrorist acts, the Supreme Court of Canada has ruled.

The landmark ruling means that an Islamic terrorist from Ottawa – Mohammed Momin Khawaja – will spend his life behind bars for aiding a violent jihadist group based in England.

It also paves the way for the extradition of two other Ontario men wanted in the U.S for helping acquire arms to be used by Sri Lankan terrorists.

The rulings were a vote of confidence for a contentious wave of legislation enacted following the Sept. 11 attacks in New York City.

The court issued its rulings on three terrorism-related cases simultaneously.

The appeals focused on free speech, religious freedom and the right of an individual to remain in the country and provided the final word on the constitutionality of key provisions in Canadian anti-terrorism laws.

The first case involved a man fighting an extradition order to the U.S. in connection with alleged involvement with the Liberation Tigers of Tamil Eelam.

The defendant, Piratheepan Nadarajah, is wanted in the United States on charges that relate to him aiding in an attempt to purchase more than $1-million worth of surface-to-air missiles and AK-47s in the U.S. on behalf of the Sri Lankan terrorist movement.

The second case involves another alleged Tamil Tigers sympathizer, Suresh Sriskandarajah, who is challenging an extradition order to the United States.

The highly educated, Waterloo, Ont., man allegedly helped launder money for the Tigers and conspired to procure equipment for the group.

Lawyers for both men argued in the Supreme Court that provisions in the Anti-Terrorism Act defining terrorist acts are unconstitutionally broad.

The defendant in the third case, Mr. Khawaja, challenged the so-called "motive" aspect of the anti-terrorism laws, which punish a citizen who expresses support for terrorist activity yet who does not knowingly facilitate specific terrorist acts.

Mr. Khawaja was sentenced to life in prison in connection with a British plot to commit jihadist violence abroad. He maintains that his sentence was too harsh and did not take into account his lack of awareness of violent acts the British plotters intended to carry out.

Civil libertarians had denounced some of the provisions as being so broad and intrusive that they would chill free speech and religious freedom, and would leave innocent political activists subject to prosecution and harsh sentences.

Lawrence Greenspon, Mr. Khawaja's lawyer, said he was extremely disappointed with the "crushing" sentence imposed on his client.

Mr. Greenspon said that the decisions guarantee an uncertain future for those who may find themselves investigated and even prosecuted for expressing legitimate political dissent.

In their unanimous rulings, the court affirmed that a key clause requiring the Crown to prove that defendants were motivated to further the aims of terrorism.

It said that the so-called "motive" clause was carefully constructed to protect those with innocent motivations or who had no genuine awareness that their actions or support could be manipulated by terrorist forces.

"The impugned provision is clearly drafted in a manner respectful of diversity, as it allows for the non-violent expression of political, religious and ideological views," Chief Justice Beverley McLachlin wrote for the court.

"Police should not target people as potential suspects solely because they hold or express particular views," she wrote. "Nor should the justice system employ improper stereotyping as a tool in legislation, investigation or prosecution."

The Khawaja ruling upheld an earlier decision by the Ontario Court of Appeal that raised a ten-and-a-half-year sentence imposed at trial to concurrent sentences of life imprisonment and 20 years.

Chief Justice McLachlin said that the evidence showing Mr. Khawaja had shared the motivations of the group of British jihadists "was overwhelming and essentially undisputed."

She also said there was no "air of reality" to any notion that Mr. Khawaja should not be found guilty since he was engaged in a legitimate armed conflict.

"The trial judge expressly found that (Mr. Khawaja) knew that the terrorist group's activities extended beyond the armed conflict in Afghanistan and that he supported the group's objectives, and the evidence is overwhelmingly contrary to the proposition that (Mr. Khawaja's) acts were part of an armed conflict governed by international laws," she said.

Chief Justice McLachlin referred to Mr. Khawaja as "an apparently remorseless man" who deserved a very tough sentence in order to deter both he and other potential terrorists.

"The appellant was a willing participant in a terrorist group," she said. "He was committed to bringing death on all those opposed to his extremist ideology and took many steps to provide support to the group."

While the court said that it was not creating a separate, particularly tough sentencing regime for terrorism offences, Mr. Greenspon said its actions show that it was.

"They said they are not beginning a new regime doe terrorism offences - yet they said it in the context of a life sentence for Mr. Khawaja," he told reporters.

The court also rejected an argument that Mr. Khawaja ought to have had legal access to a special defence that is available to those engaged in a legitimate armed conflict.

"The Geneva Convention prohibits acts aimed at spreading terror amongst civilian populations, which are considered war crimes," Chief Justice McLachlin said. "The appellant, by contrast, did what he did in support of a group whose credo was to take arms against whoever supported non-Islamic regimes and that recognized that suicide attacks on civilians may sometimes be justified by the ends of jihad."

In the Nadarajah and Sriskandarajah cases, the court said it is well-established law that extradition does not violate the right of citizens to remain in Canada, even in cases where the foreign state's claim to have jurisdiction is relatively weak.

Nor, the court said, will extradition be denied simply because Canada has comparable laws that could be used to prosecute an individual wanted abroad. 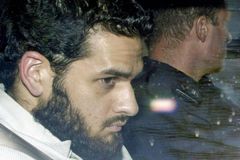 Man who testified against Canadian terrorist freed for co-operation
February 14, 2011 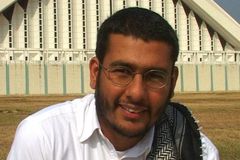