Edmonton police say their investigation "on the ground" is complete as new details emerge of the gunman behind the worst mass murder in the city's modern history.

The probe into the gruesome slayings of eight people – including two children – centred on three locations and one suspect, identified by those who knew him Wednesday as 53-year-old Phu Lam.

According to property records, the home where the seven victims were found on Monday was co-owned by Mr. Phu. Edmonton police now say they believe that those victims were killed before a shooter entered Cyndi Duong's home and killed the 37-year-old. Police had previously said the killing rampage began with Ms. Duong.

While the woman's body was the first found by patrol officers, soon after a call at 6:52 p.m. on Monday, police spokesman Scott Pattison confirmed that the seven murders in the north end home were committed "potentially hours" before Ms. Duong's slaying.

As a community grappled to come to terms with the heinous crime , those who were acquainted with Mr. Phu reflected on a man they knew as an employee or a neighbour – with some recalling his loud arguments at home and others remembering only a "good guy."

But he was known to police. While authorities have not yet confirmed the suspected gunman's identity, they have said that police attended the primary crime scene twice since 2012. A man there was arrested and charged with offences in 2012 related to domestic violence, sexual assault and uttering threats. They also said the gunman had a criminal history dating back to 1987.

Chau Tran is owner of the VN Express restaurant, where Mr. Phu was found dead. Ms. Chau's daughter, Amy, said her mother and Mr. Phu were in a common-law relationship about 20 years ago and remained cordial after their separation.

Mr. Phu was an employee at the Vietnamese restaurant, fixing sinks and piping and doing other maintenance work. He had a key to the restaurant, the daughter said. The family was aware of the man's depression, which was exacerbated by financial hardship and for which he was taking medication, but they had never known Mr. Phu to be violent or aggressive.

The chaotic 12-hour period began when police discovered Ms. Duong's body while responding to a weapons complaint in a usually tranquil residential area in southwest Edmonton. But the brutal scale of the crime only came into focus the next morning, 40 kilometres away in Fort Saskatchewan, with the discovery of a body thought to be that of Mr. Phu. Moments before police would lock down his south Edmonton street, Raj Chawla drove past the home belonging to Ms. Duong and made a mental note of how perfectly tranquil and normal everything looked. There was no sign of the bubbly, church-going hockey mom who owned the home with her husband or the couple's three kids, who often played with his own children in the upscale neighbourhood.

"We never saw anything," Mr. Chawla said on Wednesday morning, as a makeshift memorial of flowers and candles grew outside his slain neighbour's home. "We … didn't see a car that was out of place."

As Edmonton came to grips with what Mayor Don Iveson called "a devastating case of domestic violence," a telling silence fell over the city's police and government, suggesting a case that may be largely wrapped up.

The police chief returned to an international vacation. The mayor turned down interview requests. And investigators on the case were given the day off, according to Mr. Pattison, the Edmonton Police spokesman.

"We don't have any other suspects so the investigation is over on the ground," he said.

While the investigation has wrapped up, Mr. Pattison acknowledged Wednesday that one large hole remains. An hour and half after police clustered around the Duong house, they received a call for a depressed and potentially suicidal man at the home co-owned by Mr. Phu that is located on the opposite end of the city.

Officers arrived and walked around the home, but didn't enter. Four hours later, they were called to the address again, this time to discover seven bodies: three women, two men and two children under the age of 10. They couldn't locate Mr. Phu or the stolen 9-millimetre handgun they believe he used in what Chief Rod Knecht called a "planned and deliberate" act. All they had to go on was a description of the vehicle he was seen driving, a black Mercedes SUV.

Any link between the two addresses was unknown at the time and remains unclear to investigators. "That's one of the gaps," said Mr. Pattison.

"This is multiple crime scenes with large families. The medical examiner will be confirming whether or not they were known to each other."

Investigators were waiting for a medical examiner's autopsy on Thursday before identifying the bodies. "Once the medical examiner IDs the remaining deceased and cause of death, the puzzle will become clear for investigators," said Mr. Pattison.

Within the neighbourhood, however, the family was well-known. Chris Li, who lives across the street, said he was in disbelief to learn of the news. Mr. Li is father to a baby girl who is roughly the same age as the baby he saw so often across the street.

"[Mr. Phu's] wife was pregnant at the same time, pretty much, and now I won't see the baby any more," he said. "I was heartbroken. I couldn't think about it. I'm hoping this is just a joke, but this is reality."

While some neighbours say they had heard the couple arguing on several occasions, Mr. Li neither saw nor heard such thing.

"When I knew [Mr. Phu] two years ago, he was a good guy. I just don't know why he turned out like this."

While forensic teams worked the murder scene in north Edmonton, a Mercedes SUV owned by Mr. Phu turned up outside VN Express in Fort Saskatchewan at 2:20 a.m. By 8:45 a.m., Mr. Phu was discovered dead inside the restaurant.

Mayor Iveson expressed sadness on behalf of all Edmontonians and urged anyone with domestic issues to seek professional help. "Domestic violence remains all too common in our society," he said in a written statement, "and this tragedy is a harsh reminder of the continuing need for support for individuals and families in crisis, and the critical importance of reporting any instances of domestic violence to police."

With a report from Patrick White in Toronto 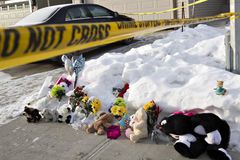 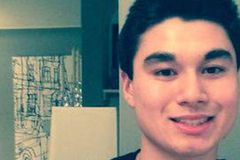 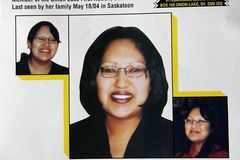 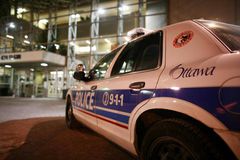 Follow Andrea Woo and Justin Giovannetti on Twitter @andreawoo @justincgio
Report an error Editorial code of conduct
Due to technical reasons, we have temporarily removed commenting from our articles. We hope to have this fixed soon. Thank you for your patience. If you are looking to give feedback on our new site, please send it along to feedback@globeandmail.com. If you want to write a letter to the editor, please forward to letters@globeandmail.com.
Comments are closed