Adnan Almekdad is a former veterinarian from southern Syria, where he ran a large-animal clinic and provided vet services to a poultry farm. He spent another decade as a manager and strategist at several pharmaceutical startups. He has also published two books. His background, he says wryly, is in "poetry and poultry."

Now in Canada after fleeing the war, he has stable housing, his three daughters are flourishing in school and his wife is volunteering and attending language classes. He has a supportive sponsorship group, some of whom have become close friends, and his English is remarkably good, after just 10 months in the country.

What he doesn't have, despite sending out hundreds of résumés, is a job.

Related: Syrian exodus to Canada: One year later, a look at who the refugees are and where they went

"I am skilled – I have experiences in working, management, manufacturing processes," he says in an interview in Toronto, frustration evident in his voice. "It's hard."

Canada has welcomed more than 35,000 Syrian newcomers in the past year, at a time when many other countries are closing their doors to refugees. As the one-year mark of the first arrivals looms, their success in integrating into the labour market has been mixed. For many, it will take longer than one year to adjust. But month 13 – when income support ends – is the crucial time when many must either find work or apply for social assistance. While Canada has won praise for its warm welcome of newcomers, experts see room for improvement in smoothing their transition into the work force.

Recognition of foreign credentials is a key challenge, says Lori Wilkinson, director of Immigration Research West and professor of sociology at the University of Manitoba. Another is simply having proof of past experience.

"In some instances, people who are fleeing their country, or even their house, they have minutes to get out of their house – so they don't think to take their university diploma or certificate. It's the same thing with job references – they're not there, or they've been killed, or you can't find them, or you can't give a reference in English or French – those are issues that are unique to refugees, more so than immigrants, that might pose barriers to entering into employment."

Research shows refugees eventually catch up with their Canadian-born counterparts in the labour market, she noted. Among Vietnamese refugees who came to Canada in the late 1970s, the unemployment rate is now 2.5 percentage points lower than the rate of those born in Canada. "They're highly successful," she said, adding that this bodes well for the Syrian cohort.

"I have a soap-maker, I have a guy who used to make beautiful handicrafts, people in catering and a woman who makes food that's very popular. … So there is that potential," he says. The other area with promise is where temporary foreign workers used to work, Mr. Birjandian says. Now that the TFW program has been scaled back, "we're moving in to fill that gap" with newcomers, he says.

More than half of privately sponsored Syrians who arrived by March 1 have already found employment, preliminary findings from an Immigration, Refugees and Citizenship Canada survey show. The employment rate, however, among government-assisted refugees is about 12 per cent.

Mr. Birjandian, who himself came to Canada as a refugee 28 years ago from Iran, says it will take time to adjust. "This is a group that came with a lot of trauma, a lot of issues. We should look at this longer-term, for them to recover, coming to a country like Canada with no language, it makes it 100 times harder."

Learning one of the official languages is crucial to labour-market integration – though here, too, there are difficulties. Service providers in Surrey, B.C., Calgary and Toronto all told The Globe and Mail there are now long wait lists for classes.

Some people are getting discouraged. In north Scarborough, Ont., Fadi Alsheikh is a former dentist and dental surgeon who spent 11 years practising and partnering with the Red Cross in different cities in Syria.

Mr. Alsheikh, 35, arrived in Canada in June, after a stressful seven-month period in Lebanon, when his family lived in fear of deportation. One wall he has hit: All of his university certificates and work-related documents are in Arabic. Getting them translated into English costs $40 a page – an expense he cannot afford.

"It's been very hard, this change," he says through an interpreter.

In Toronto, Mr. Almekdad, 45, hopes that employers will understand that, rather than a four-year employment gap, he acquired valuable skills in that time, such as resiliency and adaptability. He doesn't want to rely on assistance. He just needs a chance to prove himself.

"I want to find a job before the end of the first year, because it's a long time to sit and wait. Canada to me means many things, and one is to find a job or a business at last. You know, you're not feeling like a citizen if you don't have a job, to belong to the place."

Some employers have found a solid business case for hiring newcomers. In Hamilton, Coppley Ltd., a maker of custom-tailored, high-end men's clothing that started in 1883, is one.

Sewing is a lost art in Canada, so it can be difficult finding Canadian-born workers with the right skills, says Julie Dubber, finance and human-resources manager. She hired a Syrian wife and husband in January, and the company now has about 20 workers who are Syrian refugees.

"These folks are amazing. They are so thrilled to have the things that we take so much for granted – their safety. I was speaking to a lady the other day and she actually was shot when she was in Syria. And she saw her co-workers in her place of employment killed. So she comes here every day and she's thrilled because she's safe."

There have been some challenges along the way – the company held a routine fire-alarm drill without realizing it would startle some new hires, prompting co-workers to offer assurances of safety. English can be limited, but the company has other workers who can translate. Staff have become used to giving hand signals, and when necessary hire outside interpreters.

Not all hires have proven a good fit – but most have. "They show up for work every day, they're happy, they are very hard workers, they're starting their lives all over and a lot of the folks coming here are very highly skilled, very well-educated," Ms. Dubber says.

Halifax has had success in matching refugees with jobs. After realizing many Syrian newcomers were anxious to quickly get to work, one agency introduced bridge-to-work programs that prepare people to enter the work force and link newcomers with employers in areas such as construction, hospitality, trades and the food industry. So far, about 40 Syrians have found jobs through this bridging program. A trades practical-assessment program assesses those with experience even if they lack documentation or have limited English, says Gerry Mills, executive director of the Immigrant Services Association of Nova Scotia.

"Employers know that refugees and immigrants have a great work ethic, and they're great employees – they stay."

For Syrian refugees, shift to provincial assistance is a financial challenge
December 4, 2016
The graffiti kids: How an act of teenage rebellion sparked the Syrian war
October 23, 2019 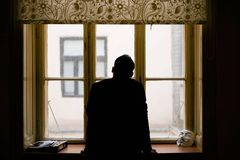 Syrian exodus to Canada: One year later, a look at who the refugees are and where they went
December 1, 2016 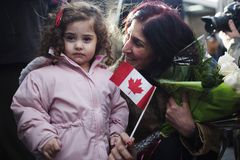