A teacher convicted of sodomizing a 12-year-old boy 50 times over three years has had his conviction thrown out because the case took three years from the time the man was charged until his trial. The assaults occurred more than three decades ago.

Although the three-year delay did not affect the fairness of Kenneth Gavin Williamson's trial, the Ontario Court of Appeal said, the "inferred prejudice is significant" – namely, the agony of a long wait, even though Mr. Williamson was free on bail and was still being paid his salary as a high-school teacher in Eastern Ontario while under suspension.

"The stigma of being under a public cloud should not be lightly dismissed," Justice Peter Lauwers wrote in the 3-0 ruling. Justice Lauwers was appointed two years ago to the court by the tough-on-crime government of Prime Minister Stephen Harper.

Of the three years from charge to trial, the court blamed 26 months on Crown foot-dragging and "institutional delay," or eight months longer than generally tolerated under guidelines from the Supreme Court of Canada. The court took particular offence at scheduling errors that caused the cancellation of two dates for preliminary hearings, each of which Mr. Williamson and his lawyer showed up for.

The prosecution argued Mr. Williamson had raised complex, time-consuming Charter of Rights issues before the trial began. But the appeal court replied that Mr. Williamson was not required to give up his right to raise constitutional issues in order to keep his right to a trial within a reasonable time.

A spokesman for the Ontario Attorney General's department said he could not say yet whether the Crown will ask the Supreme Court to hear an appeal of the ruling.

Defence lawyer Frank Addario, who was not involved in the case, says he sees it as a barometer of an overburdened system. "Delays are a chronic feature of Canadian justice. There's a temptation if you're an insider to shrug and accept it, but it's hard on witnesses and defendants."

Government, he said, has asked judges to accommodate delays, but judges sometimes balk. "The civil liberty of the speedy trial is meant to be a protection for the defendant and an important guideline for the state, and in this case the state ignored the guideline, to the extent that the court had to give the defendant the protection."

Mr. Williamson met the boy, who cannot be identified, in the late 1970s through a juvenile diversion program that kept him from being charged for behaviour not specified in the court ruling. Mr. Williamson, then 26, was at Queen's University studying to be a teacher, and was assigned to be the boy's mentor or advocate.

Mr. Williamson had been sentenced to four years in jail for buggery, indecent assault and gross indecency after Ontario Superior Court Justice Gary Tranmer said the strong societal interest in protecting vulnerable children outweighed Mr. Williamson's interest in a trial without delay. He characterized that delay as "well beyond the norm but not extreme."

Man turns himself in after sex assaults at Alberta Bible college dorm
August 18, 2014 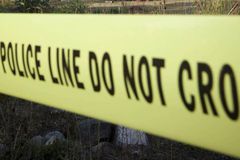 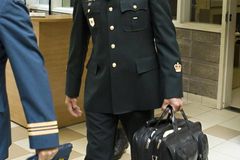 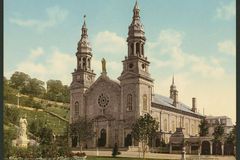