Zohrin Mawji, a Grade 8 teacher, had her students close their math textbooks Monday morning when they started raising questions about the deadly Quebec City mosque attack.

Her classroom has predominantly South Asian students, including four Muslim children. They wanted to know why the attack occurred and if it had links with U.S. President Donald Trump's executive order to temporarily block entry by citizens of seven Muslim-majority countries. Ms. Mawji set aside the daily curriculum for half an hour to remind students that many questions remained unanswered, to assure them that they were safe and to advise them to speak up against negative rhetoric.

"I really didn't want the discussion to be about Donald Trump. That was not the mainstay in our classroom this morning. The mainstay was really about their role in this, and how important it is for me to make sure that they feel safe at all times," said Ms. Mawji, who came to Canada as a refugee in the 1970s. "For me it was more about … what we can do as a collective to put a stop to it [the negative rhetoric]."

Explainer: What we know (and don't) so far about the Quebec City mosque attack

For educators like Ms. Mawji, who teaches at James Grieve Public School in Caledon, Ont., the events playing out both in Quebec and in the United States have allowed for developmentally appropriate discussions on inclusiveness and acceptance. Some teachers across the country faced tough questions and tried to allay fears from their students on Monday morning.

Ms. Mawji's board, the Peel District School Board, advised all its educators to watch for students who are struggling with the events and to consult with support staff, if needed.

The board's director, Tony Pontes, sent a note to staff saying that many young students don't understand the difference between what's happening in Canada and the United States. He heard from staff over the weekend who were concerned about students' well-being. Mr. Pontes said that the violence in Quebec did not occur in isolation, but against a "backdrop" of a ban on people from seven countries entering the U.S.

"While it is not appropriate for us, as Canadians, to pass judgment on a highly political decision by the U.S. president, it is our role to see, to understand and to respond to the impact on our own students, staff and community. And that impact is real," he said in his letter to staff.

Schools in many parts of the country, including in Peel, Toronto and Edmonton, lowered their flags to half-staff to commemorate the victims of the Quebec mosque attacks.

Brad Stromberg, a spokesman at Edmonton Public Schools, said the current events would be part of the discussion in classes, such as social studies, and among older students.

"Each school and each class will decide what to discuss and how," Mr. Stromberg said.

Sonia Marotta, principal at Honoré Mercier school in St. Leonard, a borough of Montreal, said older students, particularly those in Grades 5 and 6, came in Monday morning with questions and concerns about the attack in Quebec City.

"Everything is happening at once," she said, referring to the events in the United States and in Quebec. "They're coming in with strong feelings. Our teachers are being extremely proactive about it."

Ms. Marotta said the art teacher had a project planned for Grade 6 students that involved replacing the fleurs-de-lis on the Quebec provincial flag with a peace symbol. Teachers are also having classroom discussions with older students about respecting each other and acceptance, she said.

"Our message is peace and love. It's sappy to say, but it boils down to that," Ms. Marotta said. 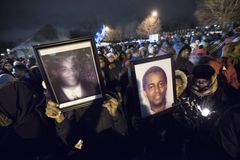 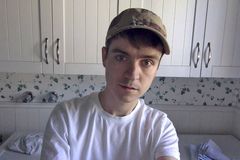 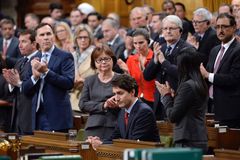