A Toronto food bank that has become an international success story for reinventing itself as a unique food-change organization has set its sights on revamping Canada's relationship with food.

Riding increased public interest in the myriad politics that affect how food is produced, distributed and sold, The Stop Community Food Centre has embarked on an ambitious plan to seed a network of national institutions that will provide emergency meals but pursue a much broader goal: teach Canadians how to reconnect with real food - especially those who can least afford it.

Over the past dozen years, The Stop has increasingly paired the food hampers it distributes through its west-end outpost with educational programs that, at their core, aim to reduce clients' reliance on an industrial food system that has made non-nutritious food the cheapest and most easily available. By offering affordable classes on how to cook healthy, non-processed meals, grow vegetables and wage campaigns for social justice, The Stop is building a grassroots movement that, combined with other efforts, will aim to influence changes in the policies and subsidies that shape what and how Canadians eat.

The plan is to open two facilities similar to the Toronto hub in Stratford and Perth, Ont., by early next year. The philosophy behind it is that improving the national food system will yield positive health, economic, environmental and social returns.

There is no question of this notion's popularity: a slew of international advocates of food-system change ranging from author Raj Patel to New York Times columnist Mark Bittman and celebrity chef Jamie Oliver have toured, wide-eyed, The Stop's Toronto facilities, which include a greenhouse, farmers' market and kitchen where elementary students learn to cook. All have lauded the non-profit's innovative approach.

The trick has been figuring out how to translate the acclaim into dollar signs. Director Nick Saul said the new centres will need startup funds plus $500,000 a year to operate. A full-time staffer has been assigned to figure out how to quantify The Stop's societal value to help attract big-ticket donors needed to fuel the expansion. Mr. Saul envisions 20 or so centres across the country and beyond, with a central hub supporting the sites and conducting research, policy work and fundraising.

"We want to convince and show in a very clear way that this community food centre idea is too good an idea to ignore," Mr. Saul said. His end goal is to promote food literacy and improve people's eating habits.

"This increased consciousness about food has largely been led by the middle and upper class who have the means to go to the farmers' market, do community shared agriculture and make sure they buy the best lean meats, dairy, fruits and vegetables," he said. "If we agree that the best food out there for us is sustainable food, lets make sure that everybody has access to it."

Poverty is only part of the problem. Paul Finklestein is a chef and teacher at Northwestern Secondary School in Stratford who, for six years, has been teaching students how to cook via the student-run Screaming Avocado Café. There is a gap, he said, between the growing public awareness about the need for food-system changes and what happens in practice. The removal of vending machines in schools, for example, is rarely paired with positive education to help students integrate good food into their diets.

An entire generation of Canadians, Mr. Finklestein said, have no idea how to transform raw ingredients into edibles.

"They don't know how to cook. They're learning how to shop in big box stores and use a microwave - a lot of their parents are just living off convenience foods," he said.

To reverse that, children and their parents need to be schooled in how to handle food that doesn't come in a package. The community food centre will help.

"It's needed in the community," Mr. Finklestein said. "At high-end restaurants, chefs will offer cooking classes to those that can afford to pay. But there's not a lot of accessible classes - accessible being affordable for people," he said.

By offering an array of programs that address these needs and many others, Mr. Saul said he hopes to demonstrate to both government and private donors the worthiness of supporting the creation of an independent, national institution devoted to improving food education and access. Thus far, The Stop, which was one of Canada's first food banks, has kept its lights on with a mix of public and private funds, including grants from the Public Health Agency of Canada and the J.W. McConnell Family Foundation, one of Canada's largest private philanthropy organizations.

There is always the worry, Mr. Saul said, that the financial pool for such a non-conventional initiative will run dry, or that the issue will be overshadowed by more traditional institutions that compete for donor funds, including hospitals and schools.

His mission is to demonstrate the potential power of his initiative.

"If you don't have new institutions that are starting to reflect and practise the change that we want to see … it will not be a sustainable and just food system," he said. "That's where the community food centre sticks its nose up and says, 'That's not right.' We've got to figure out a way that collectively, we get there."

Contaminated crops may be the legacy of Fukushima
March 21, 2011 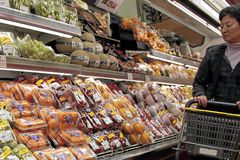 The stories behind the Globe stories that received NNA nominations
March 22, 2011 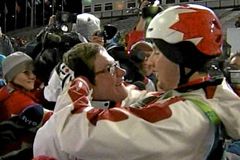 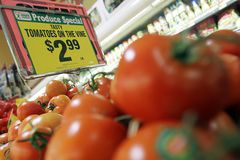