A new report by the C.D. Howe Institute is harshly critical of the federal government's controversial temporary foreign workers program, saying it has spurred joblessness in western Canada.

The study by C.D. Howe, a non-partisan public policy think-tank, points out that changes to the program enacted between 2002 and 2013 made it much easier for employers to hire temporary foreign workers.

"These policy changes occurred even though there was little empirical evidence of shortages in many occupations," writes the report's author, economist Dominique Gross.

"When controlling for differences across provinces, I find that changes to the TFWP that eased hiring conditions accelerated the rise in unemployment rates in Alberta and British Columbia."

The Conservative government has since tightened the regulations, but there have been a spate of high-profile allegations in recent months about an array of employers – particularly restaurant operators – abusing the program.

Fast-food giant McDonald's has announced it is freezing its participation in the program pending a third-party audit after it found itself in hot water for hiring temporary foreign workers in B.C.

Hundreds of Canadian companies and governmental departments employ temporary foreign workers, according to data compiled by Employment Minister Jason Kenney's department. But there's been an especially dramatic increase in the number of hotels and restaurants accessing the program under the Conservatives.

The program – originally designed to address shortages of skilled workers, not to recruit menial labour – has ballooned from about 100,000 people in 2002 to as many as 338,000 now working across the country.

Kenney is vowing to lower the boom on any companies found to be abusing the program, warning of fines and even fraud charges and jail time. His office is expected to announce a spate of additional rule changes soon.

The C.D. Howe study, however, says that although the government's 2013 crackdown on the program was a welcome move, it's probably insufficient because of the absence of solid data about the state of Canada's labour market.

That echoes concerns raised by Don Drummond, a respected economist who has given the Tories 69 recommendations to improve the quality of the information on Canada's labour markets. Most have not been implemented.

Gross recommends several reforms to the program, including compiling better data on whether labour shortages exist in Canada. She also calls for increasing the cost of a temporary foreign worker permit for companies, and says employers should face tougher rules forcing them to prove they've truly been unable to fill jobs with Canadian workers.

Until then, she writes, a temporary quota should be placed on the number of foreign workers permitted to come to Canada.

In response to the C.D. Howe report, a Kenney spokeswoman cited a Statistics Canada finding that the impact of temporary foreign workers on employment estimates is negligible, representing just two per cent of overall employment.

Alexandra Fortier also repeated what is becoming a common refrain from the government amid a growing chorus of criticism.

"Canadians must always be first in line for available jobs," she said in an email.

Both the federal Liberals and the NDP are demanding the government take serious action on the temporary foreign workers program.

Liberal MP John McCallum has written to the auditor general asking for an audit of the program as soon as possible, while the NDP urged the government to freeze the program entirely until the potential for abuse is addressed.

"There are people living here in Canada who are being laid off or having their hours cut to facilitate the use of foreign workers; this needs to end immediately," NDP immigration critic Jinny Sims told a news conference Thursday outside a McDonald's restaurant in Victoria.

"Even McDonald's has taken action – why hasn't the government?"

One expert on temporary foreign workers said she doubts many of the Canadian companies routinely accessing the program are seriously trying to find domestic workers.

"Instead of recruiting in India, you could recruit in some parts of rural Ontario, or among First Nations in western Canada," said McMaster University's Catherine Connelly, who was recently awarded a four-year grant to study the program.

"If you look at unemployment rates among young Canadians or among people with disabilities – I really question some of the recruiting practices." 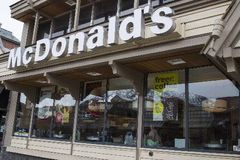 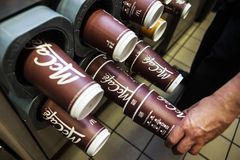