A group of survivors of the drug thalidomide is seeking additional funding from Ottawa, but says its members were insulted and felt degraded when they met to discuss their concerns with Disabilities Minister Kent Hehr.

The group is accusing Mr. Hehr of trivializing their problems and belittling them.

"In a period of 30 minutes in that meeting, Minister Hehr managed to insult and degrade us repeatedly," said Fiona Sampson, a lawyer and thalidomide survivor who was at the Oct. 19 encounter.

According to Ms. Sampson, Mr. Hehr said that "everyone in Canada has a sob story," and that victims' shortened lifespans were "good news for the Canadian government."

"We were shocked and stunned because, really, he is the minister responsible for persons with disabilities," said Ms. Sampson, a lawyer. "He's supposed to be our champion."

Mr. Hehr denied making the remark about lifespans and said some of his comments were misconstrued. He did not deny making the "sob story" remark.

"I did say there are a great many people with disabilities in this country and that we are working hard as a government to try to assist all of them," he said to reporters in Ottawa on Tuesday. He called the group to apologize after it wrote to the Prime Minister to complain.

"My heart goes out to thalidomide survivors," Mr. Hehr said in a statement. "As someone with a disability myself, it was certainly not my intention to offend anyone."

The group seeking more funds from Ottawa is distinct and unrelated to the Thalidomide Victims Association of Canada (TVAC), which negotiated a historic compensation package in 2015 on behalf of thalidomide survivors. TVAC issued a statement on Tuesday distancing itself from the other group, saying "these individuals do not speak on behalf of TVAC."

The group chaired by Ms. Sampson – which has five members, according to one member – says Parliament voted unanimously in 2014 to give thalidomide victims "full support" and has failed to make good on the pledge. The group says documents circulating before the House vote called for an initial lump sum for victims of $250,000; the victims ended up getting half that amount.

In fact, however, the motion voted on by MPs contained no specifics on sums. The $250,000 figure was considered a starting position for negotiations with the federal government. The TVAC task force began hammering out details for the compensation package after the parliamentary motion was adopted, resulting in a final deal worth $180-million in May, 2015.

"While no amount of financial support will ever be enough to compensate these individuals for the pain and suffering they've endured, the program that exists today is making a significant difference in the lives of thalidomide survivors and is allowing them to live with dignity," she said in a statement after the other group's news conference in Ottawa.

The federal program allows recipients to be reassessed at any time if their conditions worsen, and includes a five-year review to ensure that the program remains adequately funded.

The independent group is also seeking increases in annual pensions for thalidomide victims. Currently, Health Canada pays out annual compensation of between $25,000 and $100,000 to 122 Canadian thalidomide victims. The group chaired by Ms. Sampson wants Ottawa to increase those figures.

"Things are breaking down [in our bodies] really fast. We need that money," said Lianne Powell, an Ontario resident and one of the thalidomide survivors seeking the funding boost. "We're a small little group and we're a country that can afford it."

Thalidomide was a drug approved by Ottawa and marketed as a treatment for morning sickness and insomnia. The drug, available in Canada from 1959 to 1962, was never properly tested and led to babies being born with severe limb deformities, damage to organs, deafness and blindness.

In a statement, Health Canada said it is aware of the views put forward by Ms. Sampson "and will consider her views along with other input on the effectiveness of the program."

Canada’s first national accessibility law should be ready by next spring: Hehr
October 15, 2017 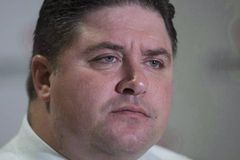 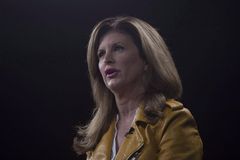